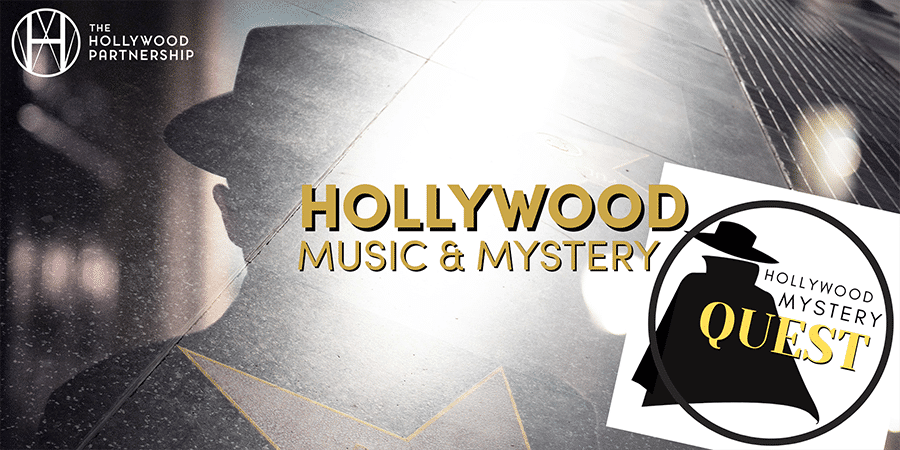 The free, all-ages, outdoor event will take place on the patio next to Shake Shack. Musicians Institute will present live music, and there will be a ticketed interactive scavenger hunt activity (Click here for scavenger hunt tickets and more information.) 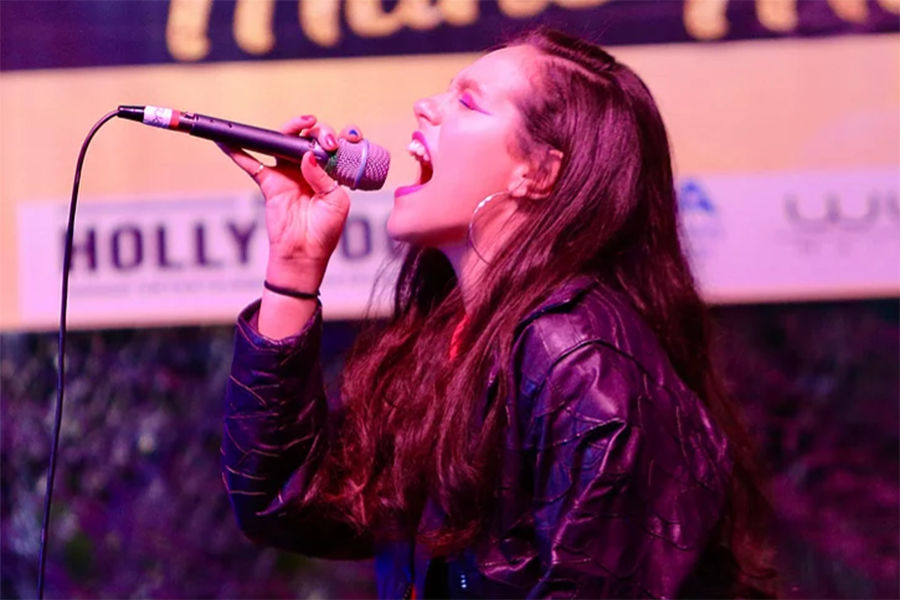 Born in Sao Paulo, Brazil and now based in Los Angeles by way of Miami, Rayssa was always destined to be a performer, singing loudly and proudly wherever she went since childhood. While her initial upbringing pushed her toward a career that valued financial viability, leading to studies in political and computer sciences, she eventually realized her true calling and passion for music. Since then, she has earned two music degrees in Vocal and Guitar Performance from Musicians Institute, and is currently completing an all-encompassing Music Production program as well.

Rayssa makes genuine music that stirs the unconscious and moves the soul. Based on lifelong personal experience, she often works with organizations that guide people to recovery from depression and substance abuse, and raise mental health awareness. Between this social work advocacy, her unending support of the Black Lives Matter movement, and her deep connection to the sea - “the ocean’s where I feel most at home, where my soul is most comfortable,” as she says, Rayssa’s songs shine with finding inner strength, hope in the hopeless, and light in the darkness.

The world has begun to take note of Rayssa’s radiant voice and charisma, including established artists The Beach Boys, Nick Jonas, and Demi Lovato, who invited her to share their stages, such as Coachella’s main stage and the legendary Henson Studios, formerly A&M Studios. Even in larger-scale productions and as a vocalist for hire, she always delivers inspirational performances that leave an indelible impact on her ever-expanding audience. 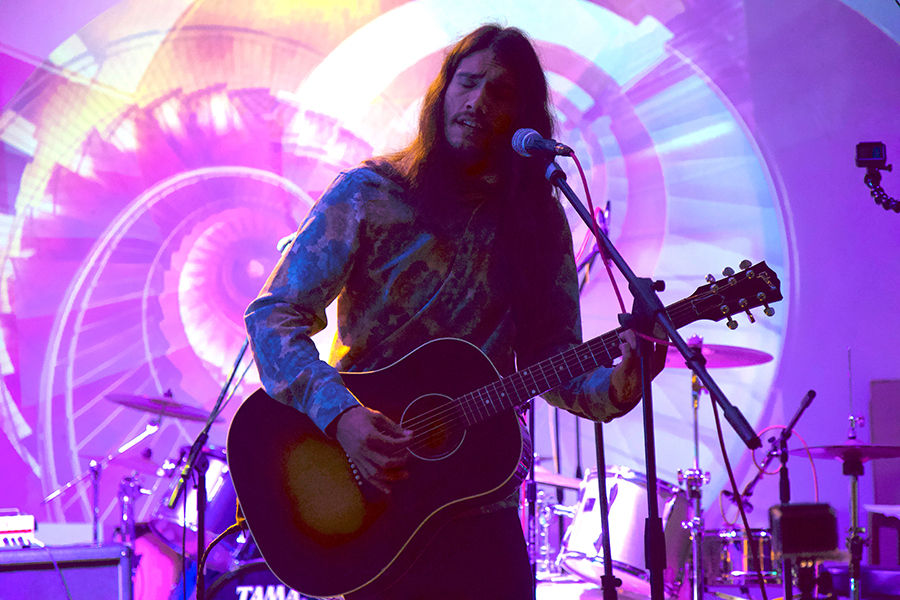 Drew Zaragoza is a guitarist and songwriter based in Los Angeles, CA. His first solo release Child of The Sun was an eclectic rock and acoustic album which debuted on the Billboard Charts. His follow up EP, Caffeine showcased an intimate, more stripped down side of his artistry. A side which surprised many listeners familiar with Zaragoza's roots in Heavy Metal when he fronted the band Sinicle for over fifteen years which saw admirable success such as performing at Ozzfest Meets Knotfest. When asked about his departure from the bands triumph he chimes "I have always been a multi-facet of musical tastes and it was time to give life to another dimension of my being."

Drew is currently working on his 3rd release titled The Healer where he will return to an eclectic sound similar to his first solo attempt but intends to bring a more mature depth to his songwriting. 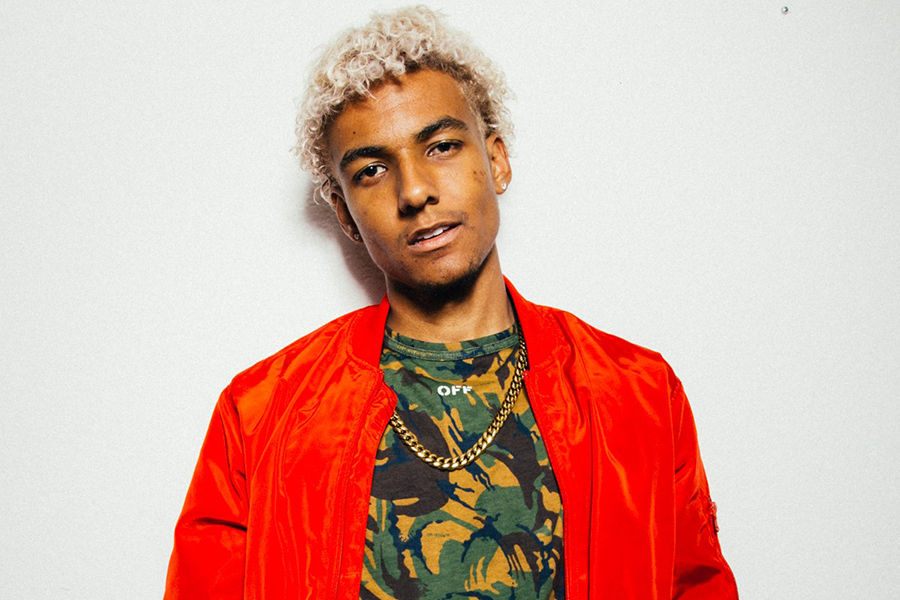 Born Kennedy Michael Ward in Northridge, California, the SoCal native grew up playing trumpet in the school band and point guard on the basketball team. Inspired by childhood heroes J. Cole and Nipsey Hussle, he enrolled in Musicians Institute in Hollywood, California, graduating in 2013 and going on to work as a Recording Engineer. Three years later, he released his debut album “Better Late Than Never” spawning the singles “Every Other Week” and “The Progression.” Garnering attention for his lyricism and songwriting ability, the upstart rapper followed with “Up To No Good” in 2019, further showcasing his storytelling ability and earning him a spot on Spotify’s Release Radar. Capping off a turbulent 2020, the California Emcee took to Instagram for a special News Years Eve Concert and the surprise release of “Evolución” a full length Spanish LP. With 9 years and 2 languages under his belt, the west coast rapper/producer looks poised to build a lasting impression across  multiple genres and solidify himself as one of the most sought after artists in the urban music scene. 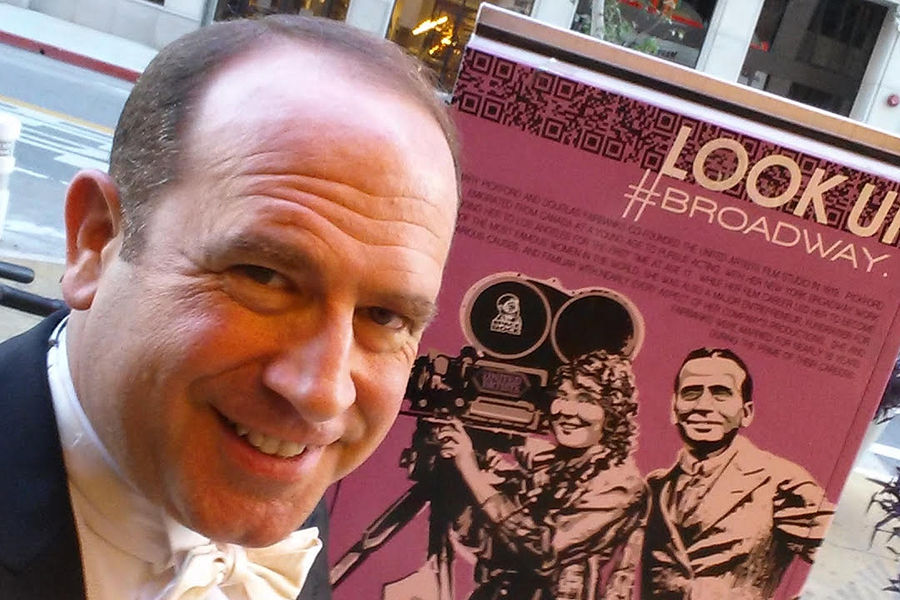 Richard Halpern carries the audience on his coat-tails back to the talent-filled coziness of a jazz-age speakeasy.

With influences such as Al Jolson, Eddie Cantor, Sophie Tucker, and other performers from yesteryear, the charming vocalist embarks on a musical voyage through the 1920s and 1930s, treating the listener to some timeless and timely tunes from a (not so) by-gone era.

Never confined by nostalgia, Halpern’s presentation etches a new journey to the future. 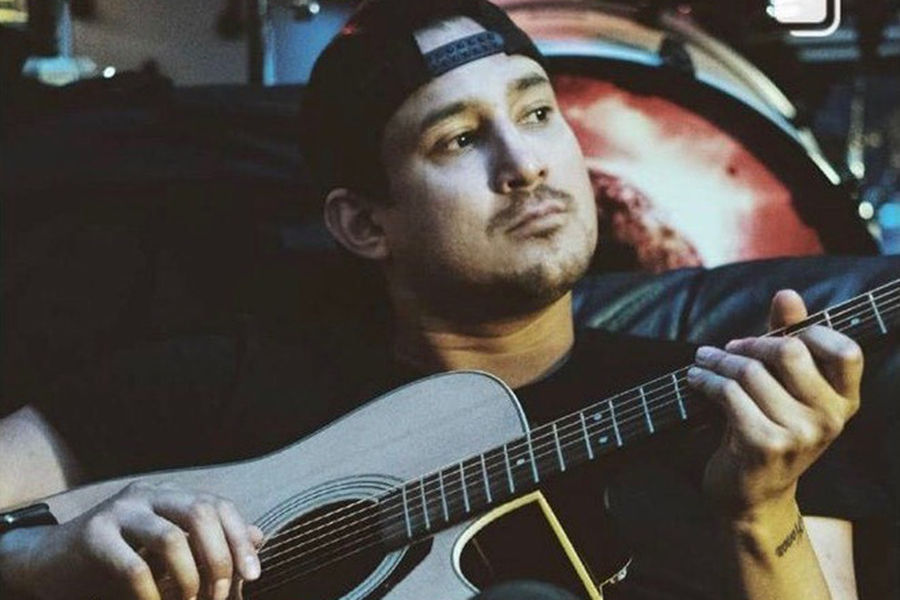 Los Angeles based pop rock band The Gatsby Affair currently consists of singer/guitar player Ron Beem from Ventura, CA. Performing since 2008, he’s had the opportunity to perform for LA Galaxy soccer, the International Motorcycle Show Long Beach, and 3 small stage sets for Stagecoach Country Music Festival in Indio to name a few. "Dirty Dancer" and “Found You” are two new songs streaming on all platforms along with nostalgic warped tour pop rock jams “Touchdown” and “Because I Met You”. @ronbeem @thegatsbyaffair 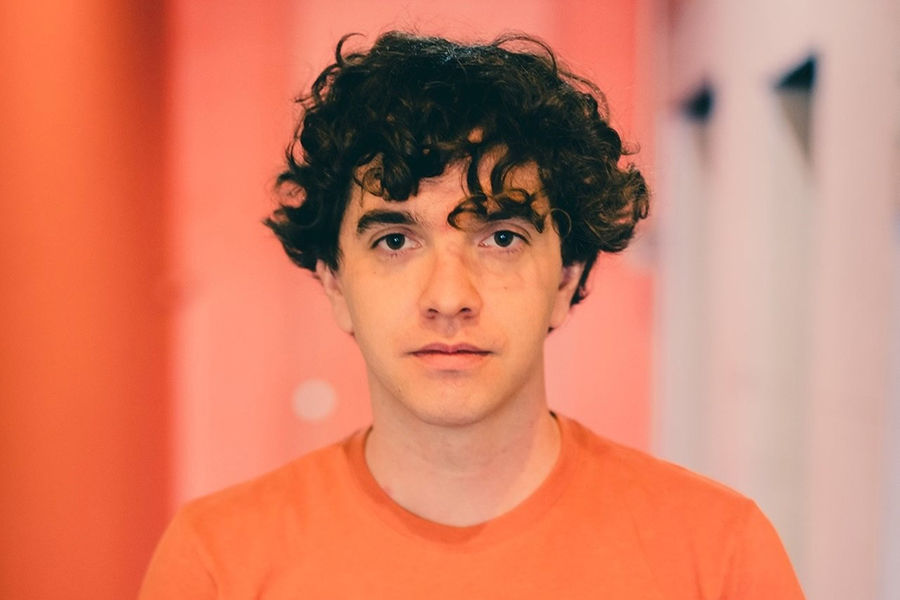 Ricky England is an indie/pop singer-songwriter based in Los Angeles, California. After graduating from Musicians Institute in Hollywood, Ricky was quick to dive into the live music scene with just a handful of songs and his acoustic guitar. A refreshing vocalist & guitar player, it wasn’t long before he garnered a local following. His songs are heartfelt, conversational, and poignant, with airy and present vocals sitting on top. In November 2019 Ricky England released his debut EP titled “Bold” everywhere music is consumed. Ricky looks to follow up in 2020 with more music, continuing his exploration of our common growing pains, moments of introspection, and vulnerability. 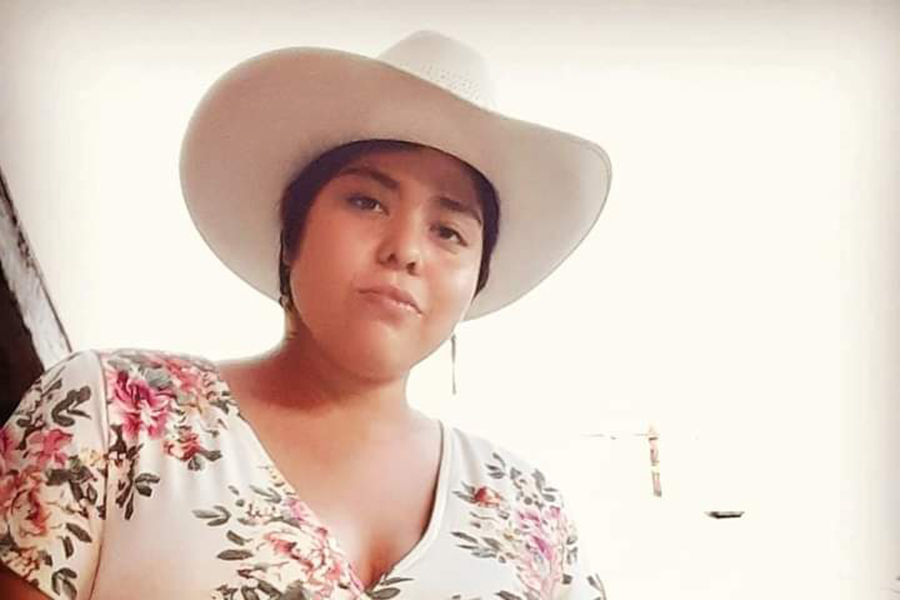 Fer Veliz (they/them) is a 23 year old Los Angeles local and music enthusiast. They primarily perform Ranchera, a genre of folk music from Jalisco, Mexico. Singing became a passion for them at just nine years old, and at twenty-one, they picked up the Ukulele. Fer's main instrument is the Baritone Ukulele, where they utilize its deeper tone to deliver powerful performances of both classic American and Mexican songs, as well as original songs. An ode to their Mexican ancestry, Fer's music is a deeply spiritual tool for them, and they set out to inspire hope in others with their performances! 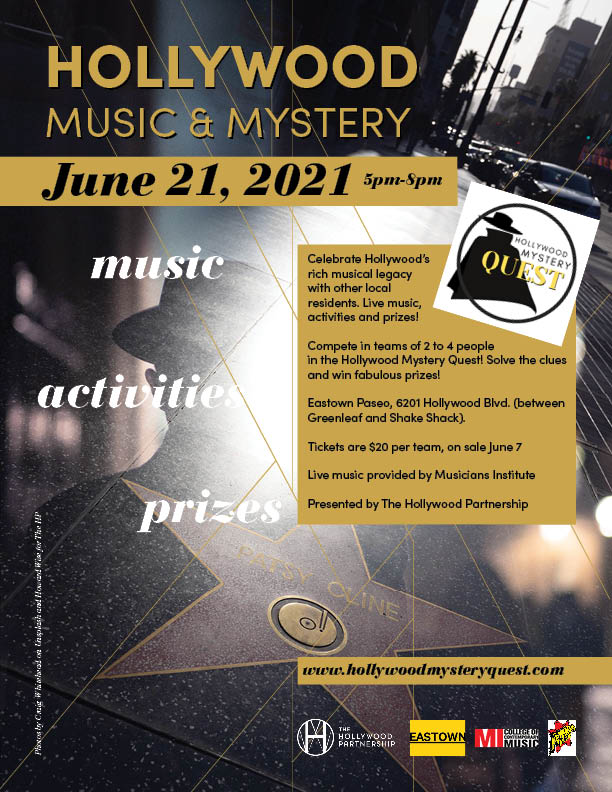 This event is part of Make Music Los Angeles. Check out their website to see all the other performances happening on June 21 as part of the worldwide Make Music Day festivities!