Hollywood & Highland: A Journey Through The Years

Recently it was announced the Hollywood & Highland Center is about to undergo an extensive remodel, including removing the large elephants (an homage to D.W. Griffith’s movie Intolerance), updating signage, adding landscaping and reworking the entire structure to give it a more inviting entrance and feel. The underpopulated top two floors will become office space, which accounts for approximately one third of the center’s size. It was also get another name: the Ovation Hollywood, or OH! for short.

The new owners are gambling on making Ovation Hollywood more appealing to locals, in addition to the tourists who already visit Hollywood Blvd. for the Walk of Fame and the TCL Chinese Theatre. Renovations are expected to be complete by the end of 2021.

It will be a lot of changes, but the site on which Hollywood & Highland now sits has a history of continual evolution. In fact, it has been a hallmark of the corner since it was originally developed in the early 1900s. 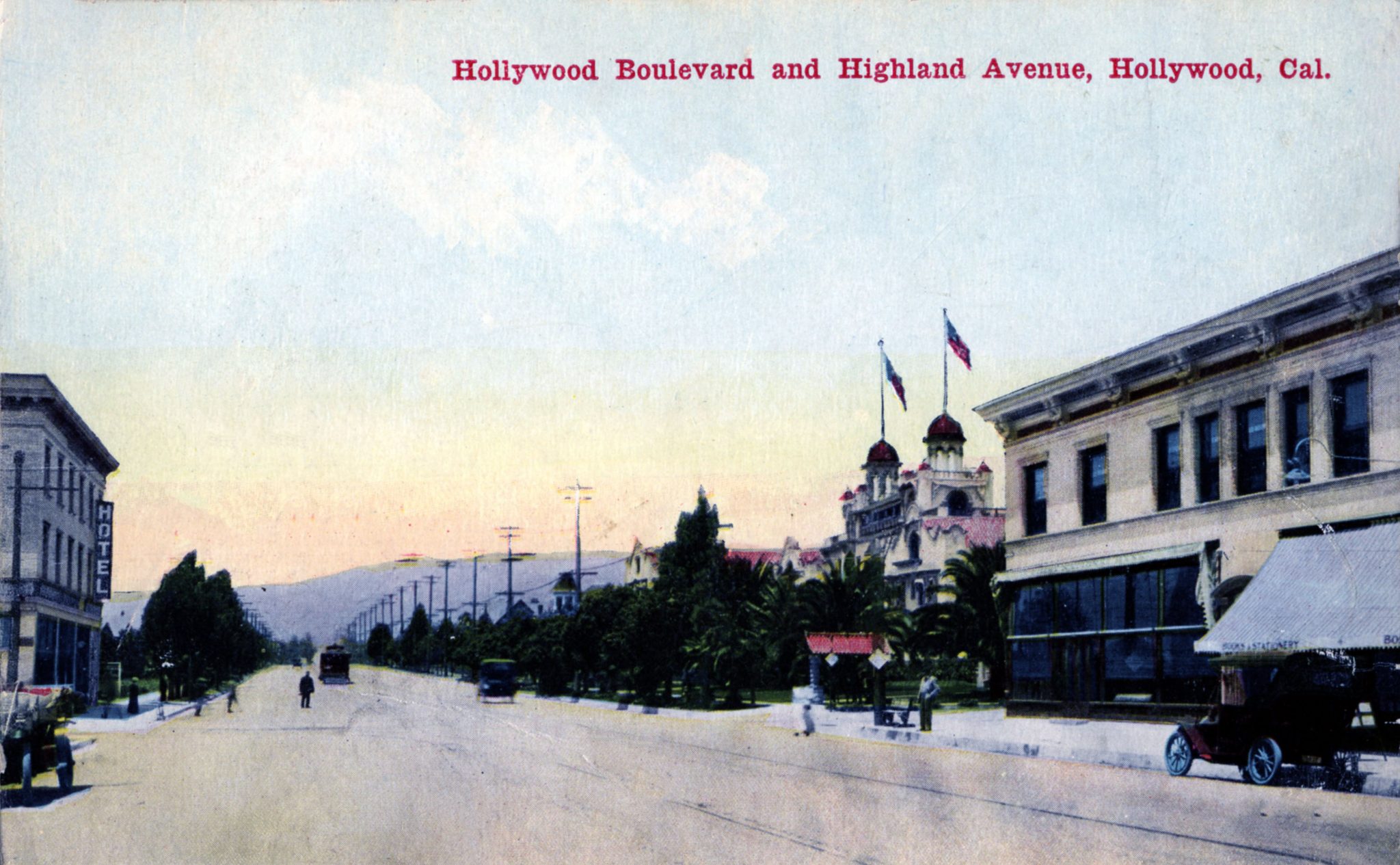 Hollywood, circa 1912. The Hollywood Hotel is shown at the corner of Hollywood Blvd and Highland Avenue on the right, with the two flags. (Photo courtesy Marc Wannamaker/Bison Archives)

In December 1902, the Hollywood Hotel, the neighborhood’s first upscale hotel opened on the corner of Prospect Blvd. (now Hollywood Blvd.) and Highland Ave. The grand opening took place on December 19 with great fanfare, complete with a banquet for distinguished guests that including developers and city officials.

During this same era, Prospect Blvd. grew into an expanding business hub and, thanks to French-born artist Paul de Longpre, a tourist destination. De Longpre, who lived just down the road from the hotel on Prospect and Cahuenga, turned his house and gardens into the subject of much of his artwork. His art garnered enough attention from admirers that soon tourists traveled to Hollywood to visit the famed de Longpre property. And because it was just down the street, the Hollywood Hotel benefitted from the tourism.

The hotel expanded and the timing was perfect. H.J. Whitley and Charles Toberman were busy developing and improving Prospect, which in 1910 was renamed Hollywood Blvd. The street’s expansion dovetailed perfectly with what would become the biggest change of all—the arrival of the new motion picture business. 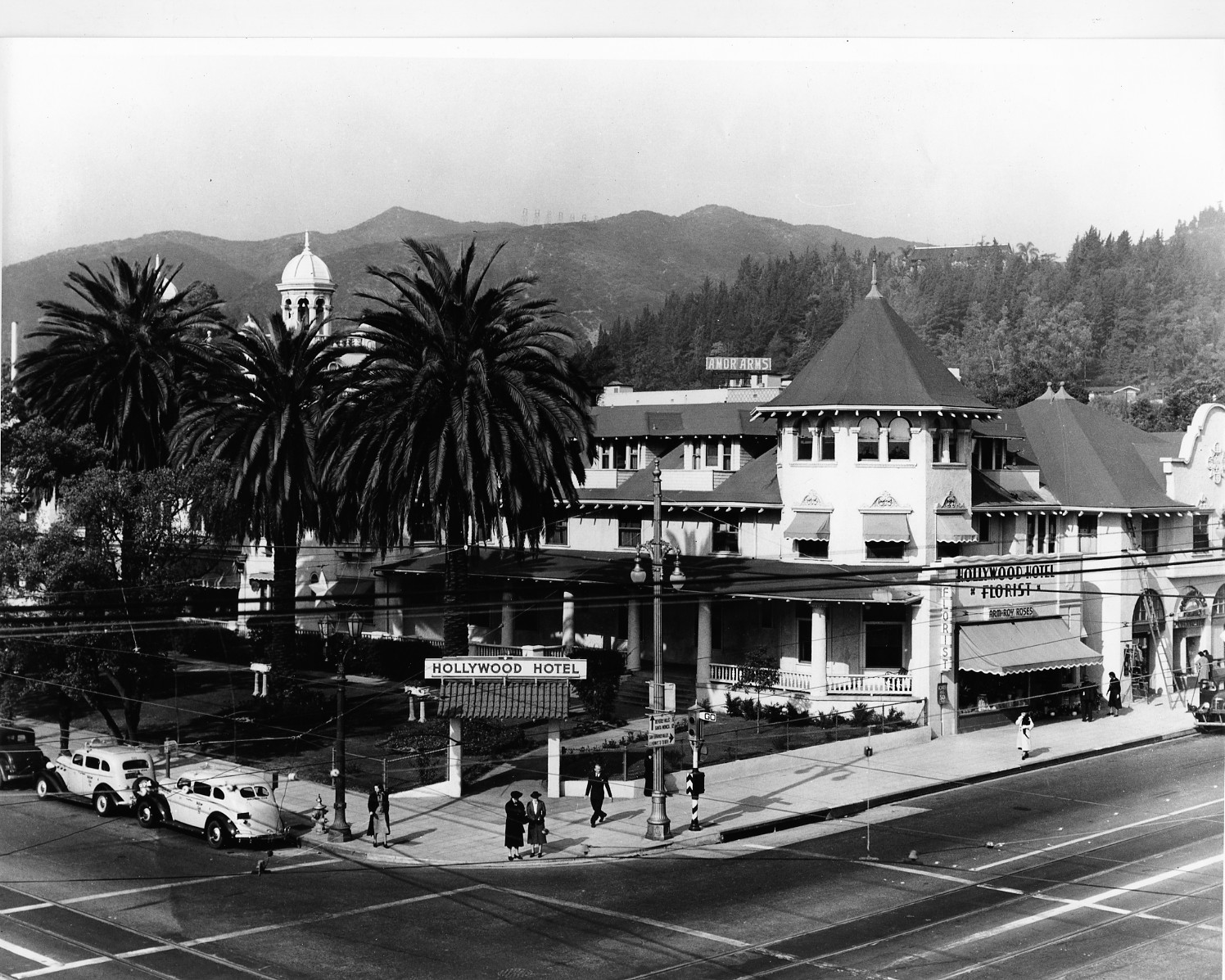 The Hollywood Hotel stood at the intersection of Hollywood and Highland for most of the first half of the twentieth century. (Photo courtesy Marc Wannamaker/Bison Archives)

During the 1910s, moviemakers realized the sunny, temperate climate of Los Angeles was perfect for year-round filming conditions. As directors, actors and additional crew began streaming into town, the need for housing likewise increased. Builders scrambled to construct both temporary and permanent accommodations, but the Hollywood Hotel was already in place to receive the influx.

Once again, the timing was perfect. After de Longpre died in 1911 and his family moved back to France, tourists coming to town for his gardens declined. Instead of losing business, the movies ensured that the Hollywood Hotel continued to thrive.

But it was not to last. By the 1940s, the Hollywood Hotel was sliding into decline.

The hotel was no longer as glamorous as it once had been and developers wanted the land for something new. Toberman, who is responsible for many of the well-known buildings along Hollywood Blvd., pushed to tear the hotel down. But plans to raze the property would have to wait, as the United States had entered World War II, which sent men (and potential workers) into battle and restricted building materials. By the 1950s, with men having returned home and to the workforce, and with the American economy booming, the corner lot at Hollywood Blvd. and Highland Ave. once again caught the attention of developers. Although considered a historical landmark, the once-glamorous hotel was torn down in August 1956. A boxy twelve-story office building was erected in its place. First Federal Savings & Loan Association of Hollywood, a shopping center and parking lot stood on the site until 1998, when changes once again revisited the fabled corner. 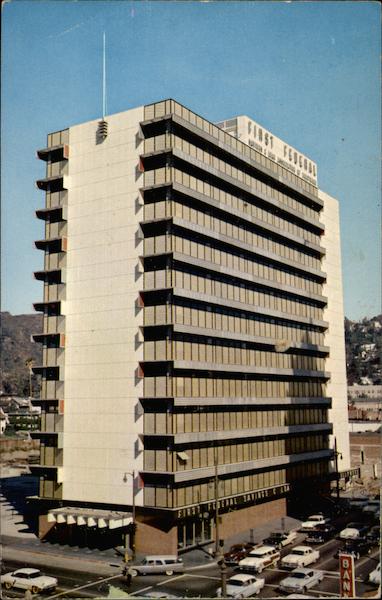 The First Federal Saving & Loan building  stood at Hollywood and Highland after the demolition of The Hollywood Hotel. (Photo courtesy Marc Wannamaker/Bison Archives)

It was in 1998 that the 1950s-era development was torn down make way for the new Hollywood & Highland Center, which opened in 2001. The development featured a large-scale shopping mall, theater for the Academy Awards ceremony and a place to perfectly view (and photograph) the Hollywood sign. The design, inspired by Hollywood’s first epic, Intolerance (1916), by D.W. Griffith, featured Babylonian-style architecture and enormous elephants that mimicked that elaborate movie set.

In recent years, the dramatic design of Hollywood & Highland that had once been so exciting for visitors was also beginning to reveal its flaws. Many have pointed out the architecture is unwelcoming, looking like a fortress from the outside. Also, the “Road to Hollywood,” an embedded pathway that features quotes from celebrities about how they became famous weaves its way through the facility, but ended at a life-size sculpture of a casting couch. It now seems in poor taste during the #MeToo movement.

More recently, in light of the Black Lives Matter movement, some have noted that Hollywood & Highland’s association with D.W. Griffith might not be the image Hollywood wants to celebrate. Griffith’s epic silent movie Intolerance depicts the fall of the Babylonian empire and was a breakthrough in terms of movie production. His movie before that, however, was the controversial Birth of a Nation (1915), which has been criticized for glorifying the Ku Klux Klan.

Any way one looks at it, it was time for a change. This latest update is the next scene in the long and continually changing story of what we call Hollywood. 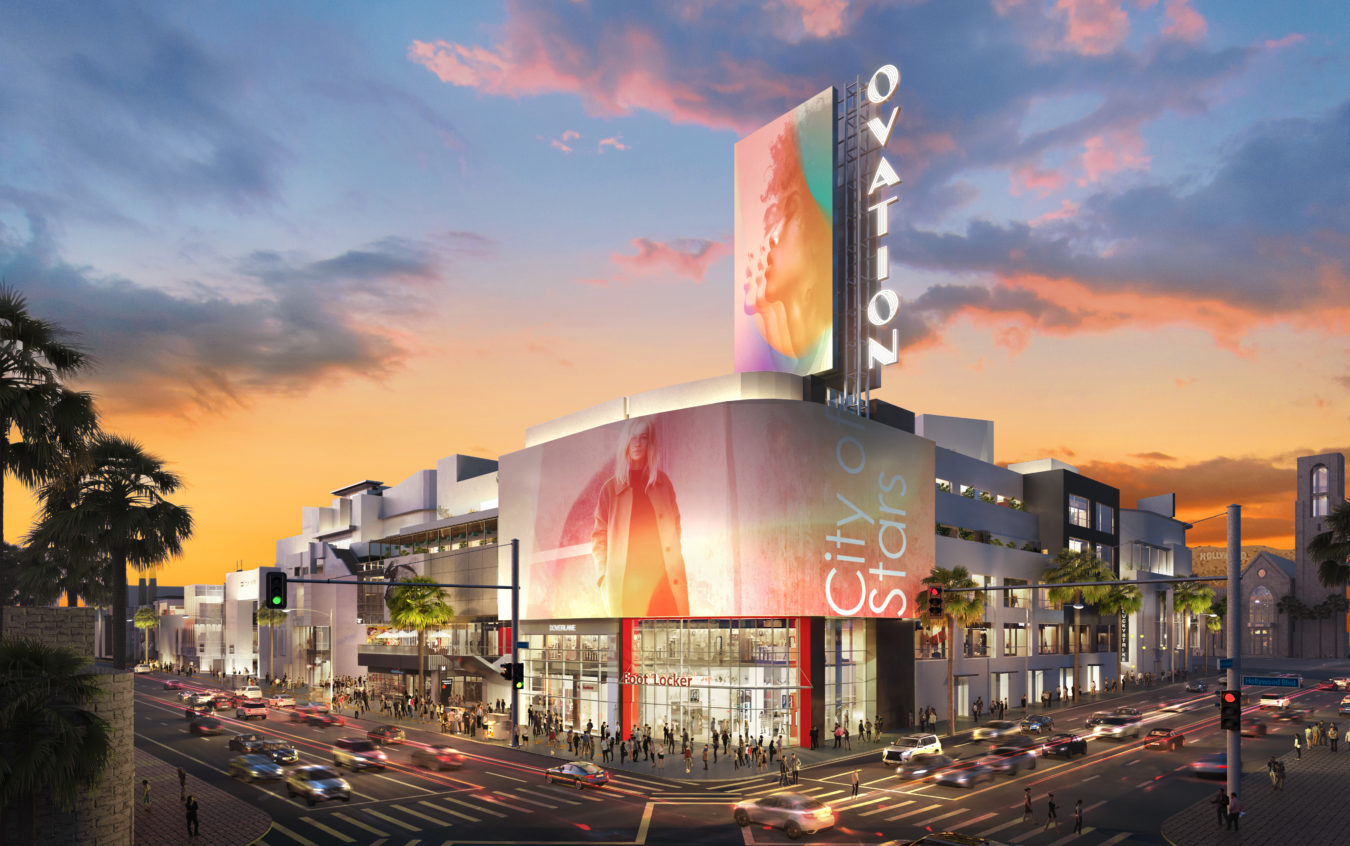 Rendering of the Ovation Hollywood project, a reimagining of the Hollywood and Highland Center. (Rendering courtesy GAW Capital/DJM)

The Story of Hollywood by Gregory Paul Williams