& where you can find patches of green space!

Living in Hollywood means my dogs live in Hollywood, too.  And, although my pups love parading down the Walk of Fame and all the smells and socializing associated with city life, I cannot deny the fact that Hollywood is notorious for it’s lack of green space.

When we can’t escape to Runyon Canyon or visit the bat caves at Griffith Park, I have mapped out a route that includes all my favorite (dog-approved) pockets of nature within walking distance of Hollywood and Vine.  Grab your pooch and come along! 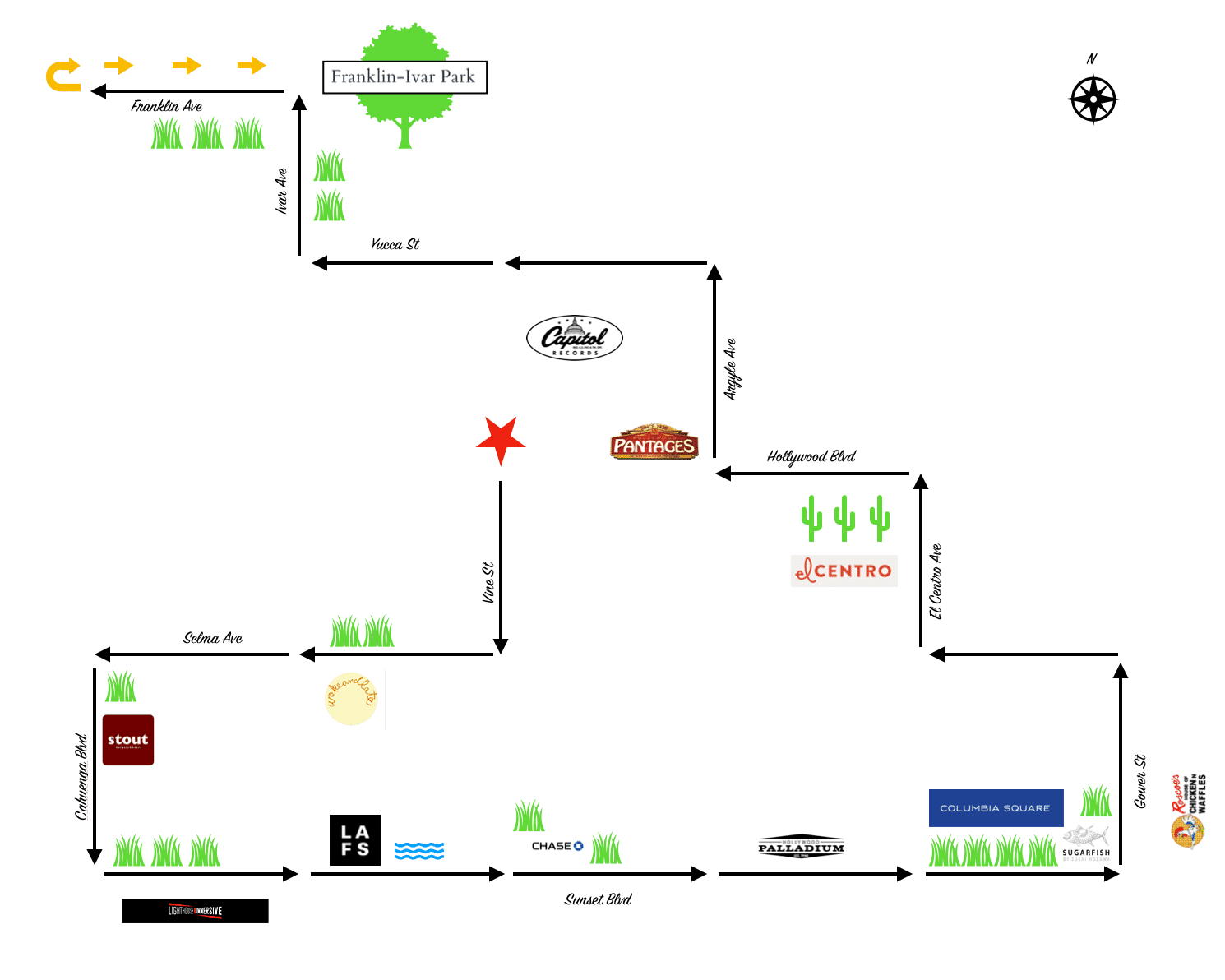 Our little journey begins at the corner of Hollywood and Vine where you will head south toward Selma.  Make a right at the corner and stop at the first doggy oasis on this route - nestled right between WeWork and Triangle Square. (Bonus tip: If you’re with a friend, cross the street and grab a coffee and/or a delicious breakfast burrito from Wake & Late) 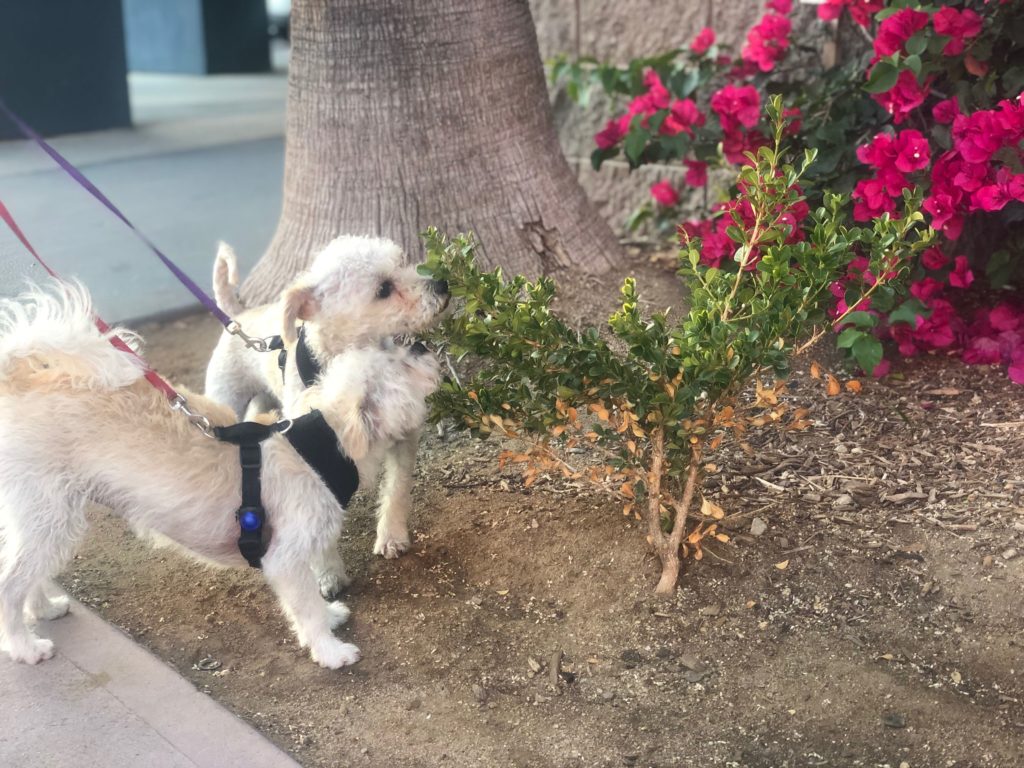 A little patch of nature in front of Triangle Square, 1602 Ivar Avenue. (Photo by Mackenzie Morrison)

Caffeinated and satisfied, keep heading west until you hit Cahuenga – where there is another small, but precious patch of grass in front of Stout Burgers & Beer. Wave to the happy hour crowd as you continue south on Cahuenga toward Sunset.

Turn east bound on Sunset now, pass by the LA Film School entrance – where if your dogs are anything like mine, they will be entranced by the fountain until you’re afraid they might actually jump inside. 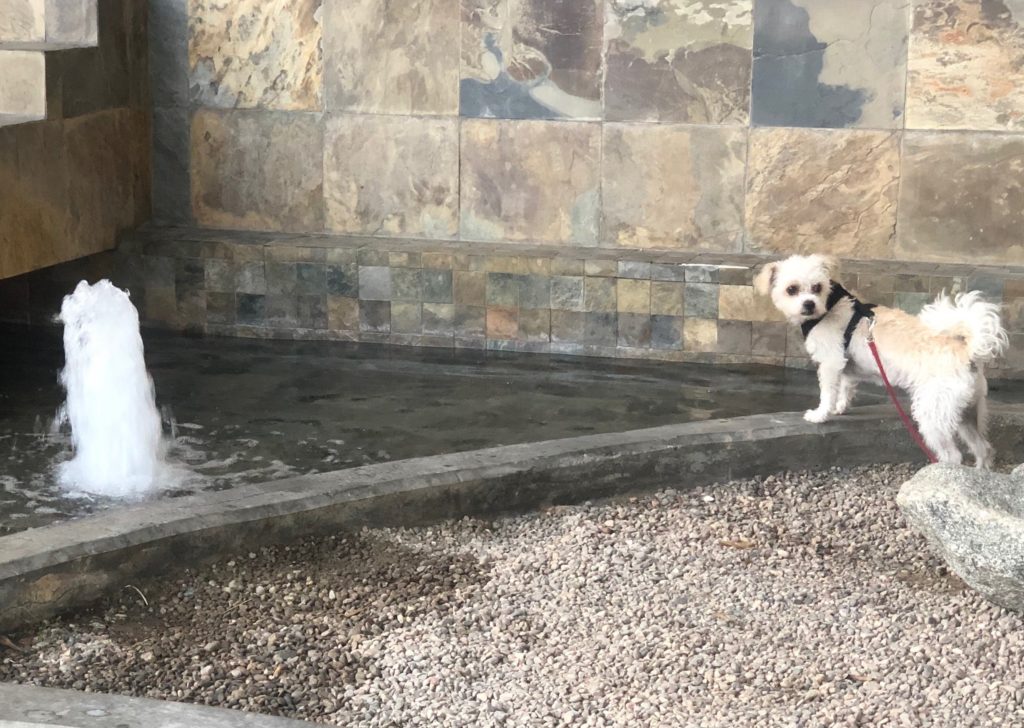 The fountain in front of the Los Angeles Film School, 6363 Sunset Blvd. (Photo by Mackenzie Morrison)

Once thoroughly mesmerized, continue eastbound for a playtime break among the ample grass on either side of the Chase Bank at the corner of Sunset and Vine.  Then, pass by the Palladium where you can check the marquee to make a mental note of what bands are in town that week.

Once you hit Columbia Square, your dogs will relish what is arguably the longest patch of grass in downtown Hollywood.  I’m talking almost a full city block here.  So many sniffs to be had. (Make it to the corner and assess the wait time at Sugarfish – a post-walk date night might be in order if the wait is under an hour.)

Heading north on Gower now, make a stop at my dogs’ personal favorite patch of grass right across the street from the world famous Roscoe’s House of Chicken & Waffles.  They love to “hide” in the shrubbery and hop over the built in benches.

The neighborhood becomes a bit quieter as you make the left turn at Selma and a right at El Centro, approaching Hollywood Blvd where your dogs can safely admire the El Centro Apartments’ gorgeous cactus garden from a distance. 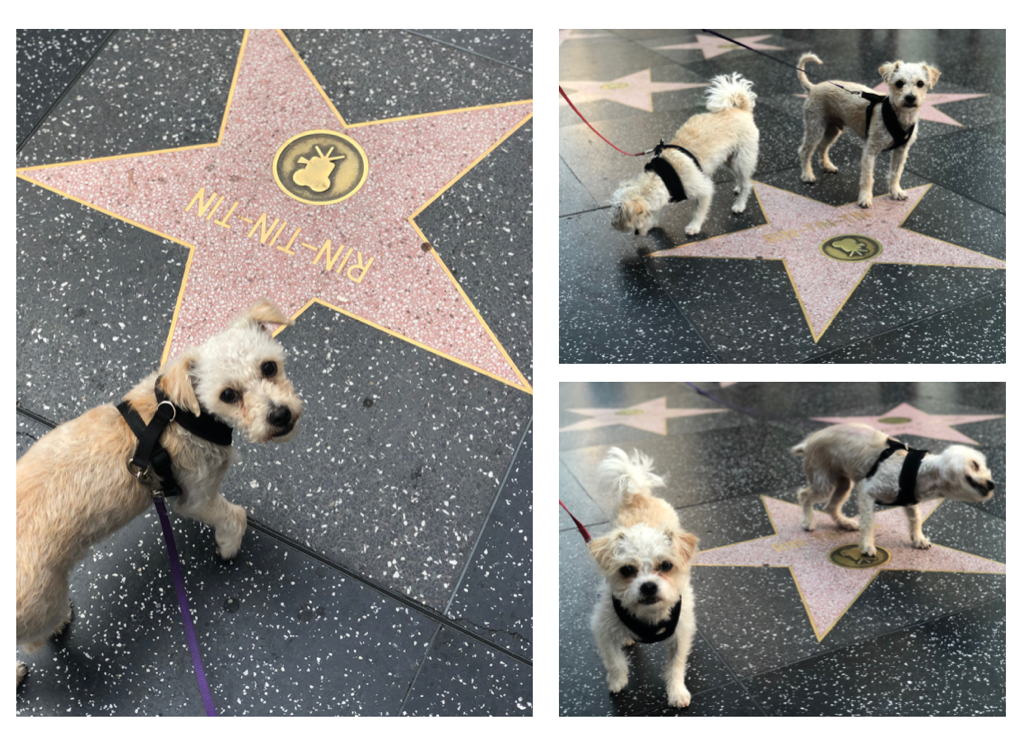 Visiting Rin-Tin-Tin's star on the Walk of Fame. (Photo by Mackenzie Morrison)

Let your dogs cruise the boulevard in style and receive tons of “awws!” and belly rubs from the Pantages crowd heading off to dinner before their show. Continuing along Argyle, walk up the hill toward the back entrance of Capitol Records for some respite as you look behind you at the Hollywood skyline.

When you reach Yucca, you will walk west toward Ivar, and make a right up the hill where there is another perfect view of the Hollywood Hills and a grassy slope for a little on-leash romp. At this point, look directly below and across the street at the grand finale of this dog walk (and the best kept secret for dog lovers in Hollywood) – the Franklin-Ivar park. 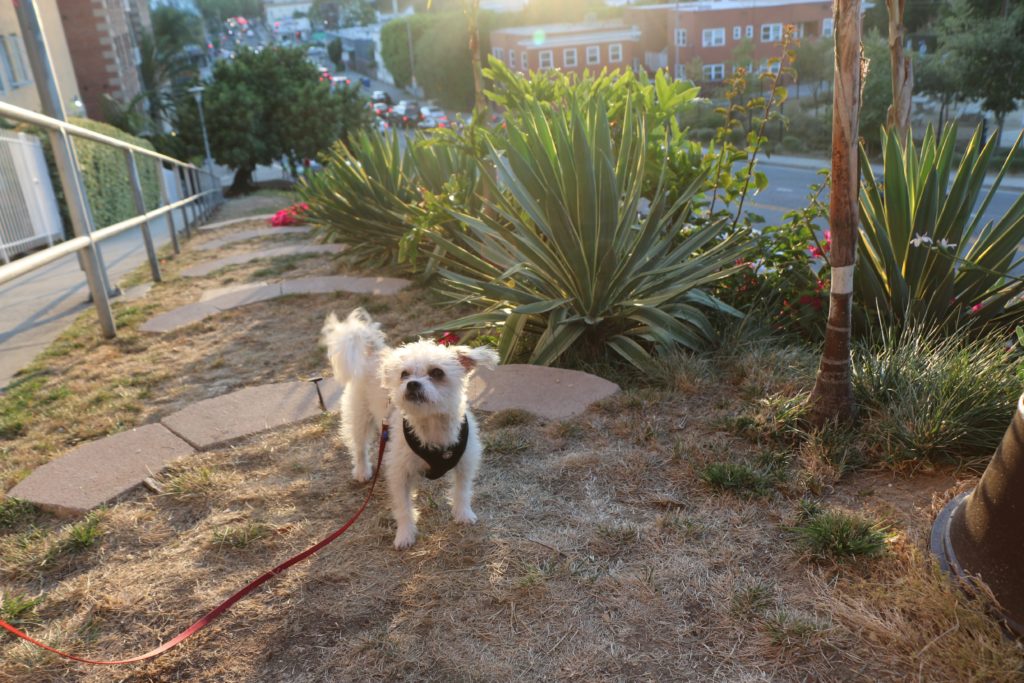 Atop the hill overlooking the Franklin-Ivar Park. (Photo by Mackenzie Morrison)

End your walk before sundown at this welcoming and beautifully landscaped sanctuary for you and your pup to rest and play. Full of picnic tables, copious space, and shady trees, your pup can mingle with the other city dogs, and you can make a friend or two yourself as well!