February is Black History Month, and there’s no more fitting time to highlight the achievements of some of Hollywood’s own in the African American community. 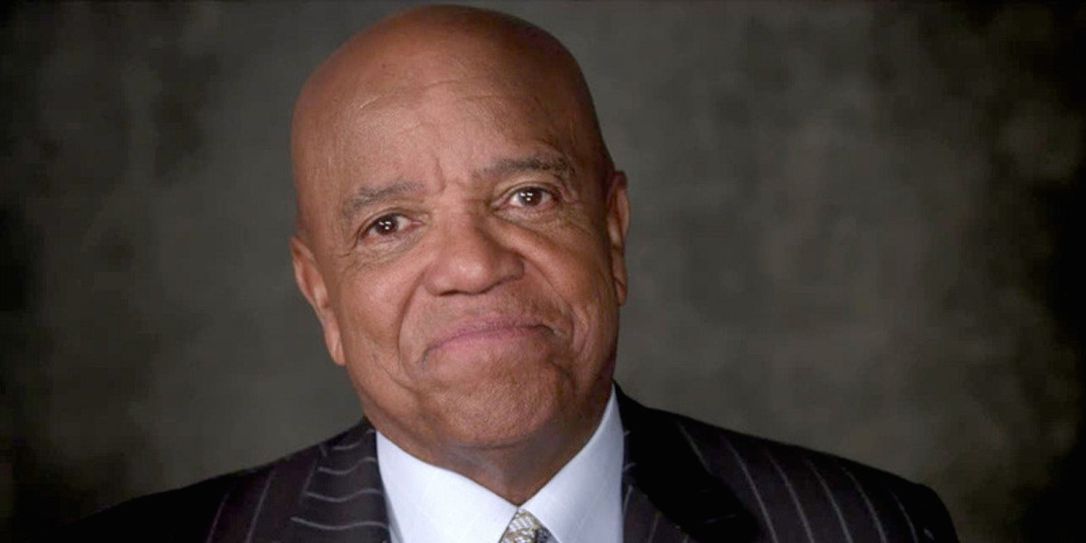 Berry Gordy Jr. is best known as the founder of the Motown record label and its subsidiaries. (Courtesy photo)

Berry Gordy may not have begun his career on the west coast, but he exemplified the growth of the entertainment industry. Gordy’s success as a hit-making songwriter and record producer started with songs penned or co-written for Jackie Wilson, such as “Lonely Teardrops.” But with his entrepreneurial background – and using some of the principles he’d learned while working in an auto plant, he went on to produce records, create music groups and solo artists, and founded Motown Records in 1960. The Motown Record Corporation produced Barrett Strong’s biggest hit, “Money (That’s What I Want),” for which Berry shared writing credits with Janie Bradford, and released The Miracles’ “Shop Around,” the same year. They reached numbers one and two on the R&B national and Billboard pop charts. His keen ear for talent later led him to shape the career of the Temptations and the Supremes.

Soon, Gordy’s vision led him to the movie industry, and a move to Los Angeles, casting Billy Dee Williams and Diana Ross in both Lady Sings the Blues and Mahogany. He also produced the film adaptation of the Broadway musical, The Wiz. Inducted to the Rock and Roll Hall of Fame in 1988 as the founder and helmsman of the Motown musical empire, Gordy was a force in both music and film.

Paul R. Williams, known as “Hollywood’s architect,” is the subject of a new PBS documentary by the name. The African-American architect behind more than 3000 famous homes and sites. From a Holmby Hills home formerly owned by Ronald Reagan and Jane Wyman to Frank Sinatra’s abode, Williams was well known for his use of the Spanish Colonial, modernist California look, and for shaping grand entryways and spiral staircases. He also designed sections of structures including LAX; the Beverly Hills Hotel – his handwriting was used for its famous signage; and celeb hangout Chasen’s. He volunteered to create the St. Jude’s Hospital in Memphis at no fee. The trail-blazing architect was the posthumous recipient of the 2017 American Institute of Architects Gold Medal. William Bates, former president of that organization, noted his hope that Williams’ inclusion provide a new and more diverse generation of future architects, a profession in which less than 2% are African-American. 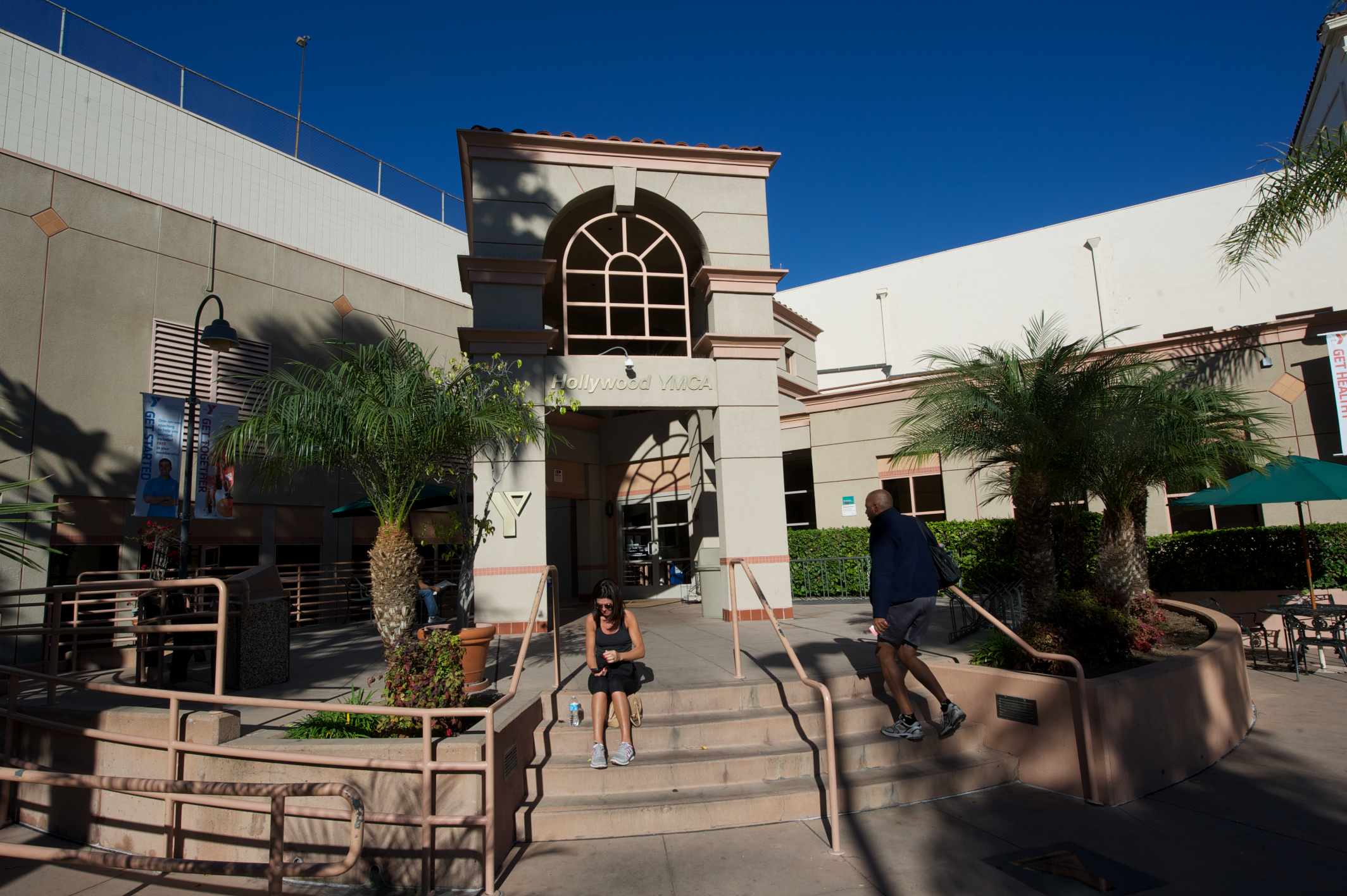 The first black Academy Award winner, Hattie McDaniel, won her statuette for her role in Gone with the Wind. The award was given in 1940 at the 12th annual Academy Awards, then held at the Cocoanut Grove nightclub in the Ambassador Hotel, after campaigning for her award nomination to the film’s producer David O. Selznick. The hotel’s strict segregation policy made it necessary for Selznick to call in a favor to allow McDaniel into the building. The talented actress in her acceptance speech stated that she would hold the award as “a beacon for anything I may be able to do in the future. I sincerely hope that I shall always be a credit to my race and the motion picture industry.” 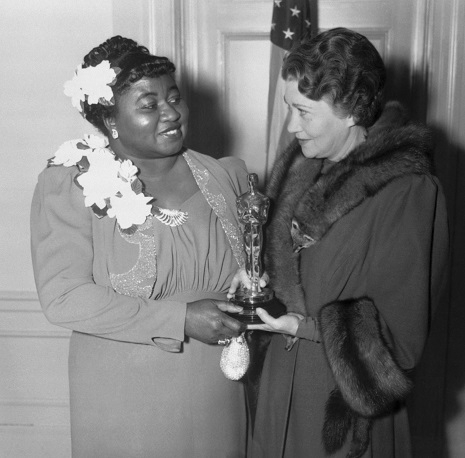 Hattie McDaniel is best known for her role as "Mammy" in Gone with the Wind (1939), for which she won the Academy Award for Best Supporting Actress, the first Oscar won by a black entertainer. (Courtesy photo)

Despite 94 film roles that followed, McDaniel was constrained by repeated casting as a “domestic”; adding insult to injury, the NAACP disowned her for “perpetuating negative stereotypes.” However in her final years, she took over the role of the title character in Beulah, a radio comedy series about a live-in maid, marking the first time an African-American woman starred in a radio show. She was also cast in the television version of the program, where her tenure was cut drastically short by breast cancer.

In 2002, Denzel Washington and Halle Berry became the first black actors to win both lead acting awards in the same year, on the same night that Sidney Poitier, the first black man to ever win an Oscar, received an honorary award. Washington's Oscar for best actor in Training Day was his second, as he also won best supporting actor in 1990 for his role in Glory. Poitier initially won Best Actor in 1964 for Lilies of the Field. The same night as Washington and Poitier’s honors, Berry won best actress for the part of Leticia Musgrove in Monster's Ball.

1983 marked the first win by an African-American in the supporting actor category. That was Lee Gossett Jr., for his role as Gunnery Sgt. Emil Foley in An Officer and a Gentleman.

In 1985, it was Stevie Wonder winning best original song for “I Just Called To Say I Love You” from The Woman in Red; the following year, Lionel Richie won the category for “Say You, Say Me” from White Nights. Herbie Hancock took best original score for 'Round Midnight in 1987.

Willie D. Burton became first African American to win best sound in 1989. In 2007, he won again, for best sound mixing. The first win was for his work on Bird, alongside Les Fresholtz, Dick Alexander and Vern Poore; in 2007, he joined Michael Minkler and Bob Beemer in accepting the sound mixing prize for their work on Dreamgirls.

Russell Williams was the first African American to win multiple Oscars in any category. Williams took home back-to-back best sound Oscars as part of the teams that worked on Glory (1990) and Dances With Wolves.

The following year, Whoopi Goldberg received Best Supporting Actress for Ghost; while in 1997, Cuba Gooding Jr. won for his role as Rod Tidwell in Jerry Maguire.

In 2005, Jamie Foxx won Best Actor for his starring role as Ray Charles in Ray; he bested fellow African American nominee Don Cheadle for his powerful performance in Hotel Rwanda.

Morgan Freeman won his first Oscar for his fourth nomination, as Eddie "Scrap-Iron" Dupris in Million Dollar Baby that year. And rappers Three 6 Mafia won the best original song award for their song from Hustle & Flow "It's Hard Out Here for a Pimp."

2007 brought Forest Whitaker to the forefront, winning Best Actor for his role as Idi Amin in The Last King of Scotland; the same year, Jennifer Hudson received the best supporting actress Oscar for her debut film role as Effie White in Dreamgirls.

The 2010s began somewhat auspiciously as Geoffrey Fletcher became the Oscars’ first African American adapted screenplay winner, winning for Precious: Based on the Novel Push by Sapphire. Mo’Nique won Best Supporting Actress for her role in the same film, Precious, and in the process thanked Hattie McDaniel, “for enduring all that she had to so that I would not have to.”

In 2012, Roger Ross Williams became the first black director to win the Oscar for best documentary short subject for Music by Prudence, sharing the award with Elinor Burkett; director T.J. Miller became the first black documentary feature winner for his film Undefeated, sharing the award with Dan Lindsay and Rich Middlemas. And that same year, Octavia Spencer won as Best Supporting Actress for her role as Minny Jackson in The Help.

The first African American producer to win Best Picture was Steve McQueen with 2014’s Twelve Years a Slave. He dedicated his award to “all the people who have endured slavery and the 21 million people who still suffer slavery today.” The same year, Lupita Nyong'o won another of 12 Years a Slave's three Oscars, taking home the best supporting actress prize for her role as Patsey. Twelve Years a Slave screenwriter John Ridley won the third for the film that year with Best Adapted Screenplay. 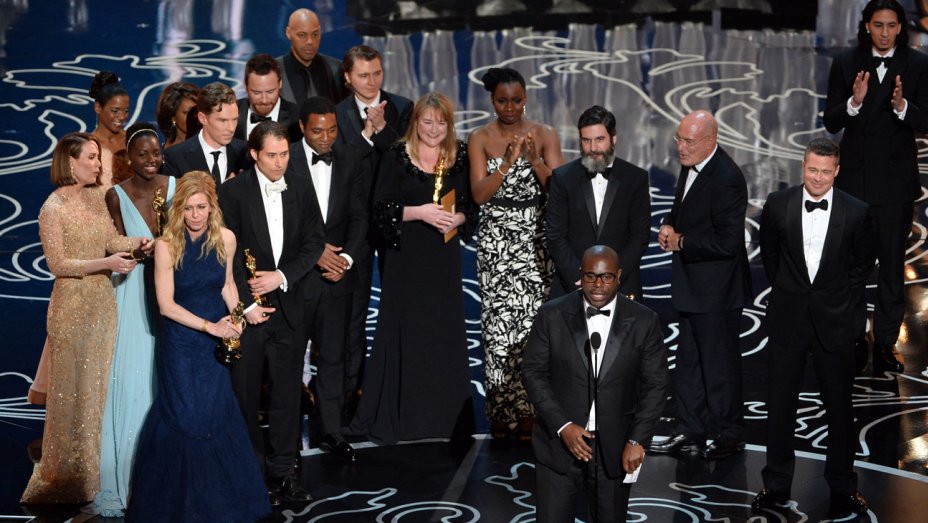 12 Years a Slave, the 2013 Academy Award winner for best picture, is a biographical period-drama film and an adaptation of the 1853 slave memoir Twelve Years a Slave by Solomon Northup, (Courtesy photo)

2015 marked the first year of the hash tag #OscarsSoWhite; however, African American musicians Common and John Legend took home the best original song Oscar for “Glory” from the film Selma.

2017 was a strong year for African Americans at the Oscars. Mahershala Ali won for his supporting role in the coming-of-age drama Moonlight; Viola Davis took Best Supporting Actress for her role in Fences.

Ezra Edelman won for the seven-and-a-half-hour documentary O.J.: Made in America capped off its impressive awards-season run, taking the Oscar for Best Documentary feature.

Barry Jenkins and Tarell Alvin McCraney brought home another win for Moonlight with best adapted screenplay; but the big win of the night for Moonlight was Best Picture.

And finally, this year, the best animated short film was claimed by the African American team of Matthew A. Cherry and Karen Rupert Toliver for their touching “Hair Love.”