Built by renowned musical revue producer/impresario Earl Carroll in 1938, the lavish Streamline Moderne Earl Carroll Theatre at 6230 Sunset Blvd. has served as an exuberant entertainment venue for eight decades. Constructed at the height of Hollywood’s Golden Age as the entertainment mecca of the world, the glamorous nightclub served as an anchor for radio, television, and musical venues that soon followed it along this stretch of Sunset Boulevard and Vine Street.

Born in Pittsburgh, Pennsylvania in 1893, the multi-talented Earl Carroll blended razzmatazz, showmanship, and exoticism into a fantastical evening of musical theatre.  Featuring statuesque, scantily clad showgirls, his shows offered a saucy, sexy walk on the wild side for conventional Angelenos. 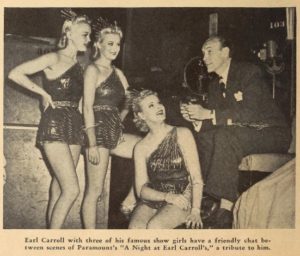 Carroll hired renowned architect Gordon B. Kaufmann, designer of such iconic structures as the Los Angeles Times building, Santa Anita Park, and Hoover Dam, to formulate a sleek, upscale design for his nightclub. “The first structure of its kind in the nation” per the Los Angeles Times, the $500,000 building would combine dining, dancing, and stage shows under one roof. 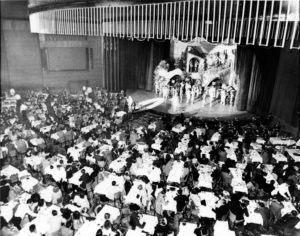 Kaufmann’s design emphasized the age of the automobile with its horizontal porte cochere leading to the parking lot, vertical neon lights adorning the exterior, and a 20-foot-tall neon profile of Carroll’s companion Beryl Wallace right in front. Over the entrance, the branding
legend “Through these portals pass the most beautiful girls in the world” promoted his fabulous spectacle. Later, giant plaques featuring autographs of stars also decorated the exterior. 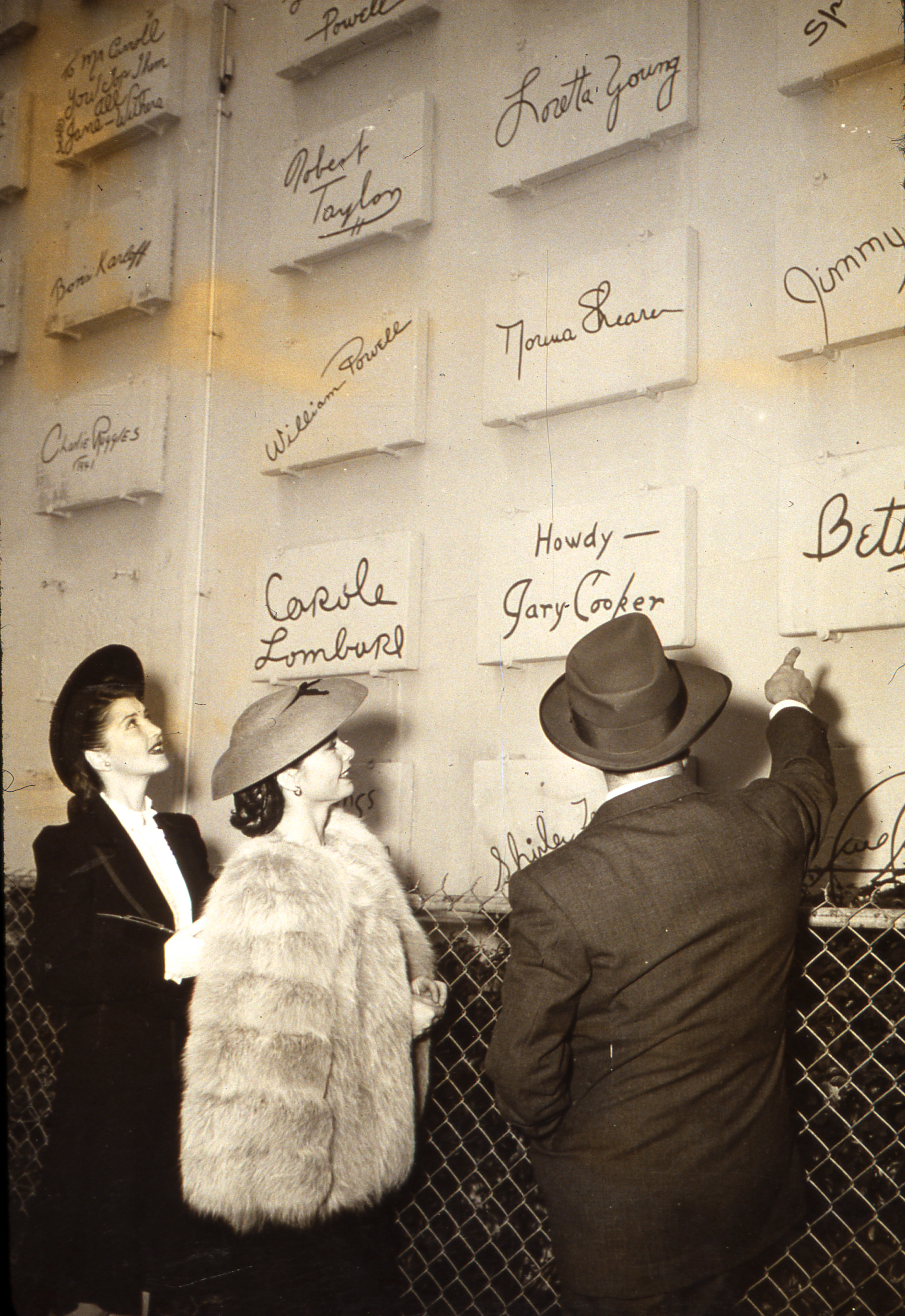 Fans admire the star plaques on the wall of the Earl Carroll Theatre in 1968 (photo credit - Marc Wanamaker, Bison Archives) 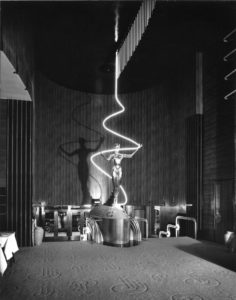