Film, Fire, and Frank Gehry - the Story of the Hollywood Regional Library

The Frances Howard Goldwyn Library is a unique part of the Los Angeles Public Library system. From books – of course – to movies, newspaper subscriptions, and downloaded music, there is enough knowledge and entertainment in this sleek Frank Gehry-designed building to fill, well, a library.

The current incarnation of the Hollywood Regional Library opened in 1986, after an arson fire destroyed the original structure. The Samuel Goldwyn Foundation built the new library, eliminating entirely the dark and musty quality of old-style libraries, with plenty of light, modern design, and lots of open space, as well as enough book shelves to house 100,000 volumes. There are plenty of airy, comfortable reading spaces, too. Samuel Goldwyn Jr., president of the foundation, wanted above all else “to excite people to come in and read.” 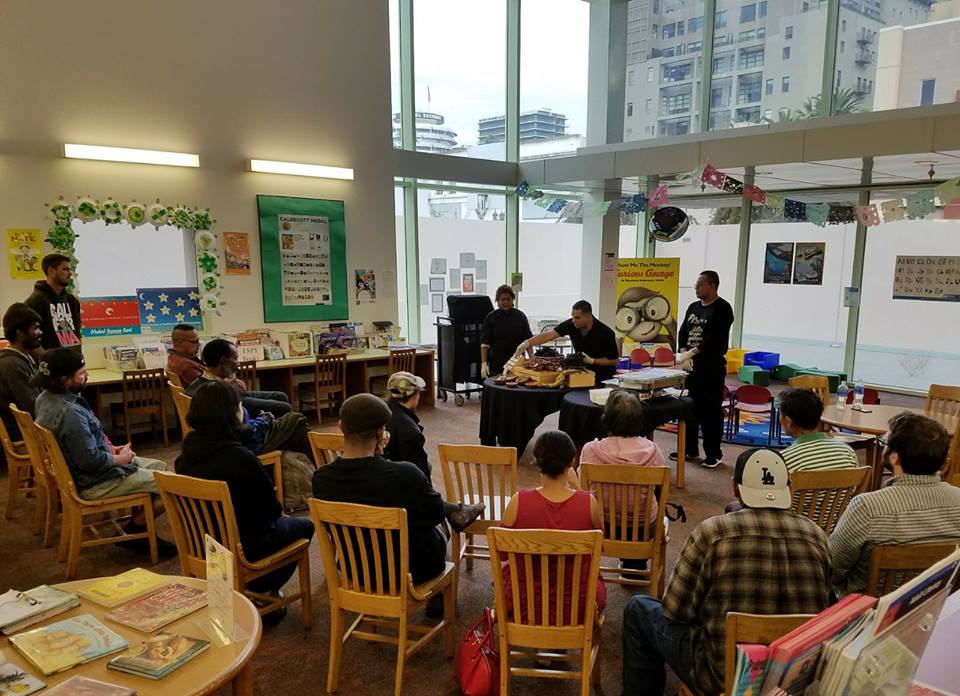 The original Hollywood library opened in 1906 in two rented rooms on what was then Prospect Ave. (now Hollywood Boulevard). A project of the Woman’s Club of Hollywood, the library’s first permanent home was built in 1907 by Andrew Carnegie at Ivar and Prospect. The community embraced it; so much so that it outgrew its space by 1923, and moved to its present location. After the 1982 fire, only 20,000 of the library’s then-90,000 book collection was salvageable; community members, corporations, and other library organizations contributed their own volumes to help fill the shelves. 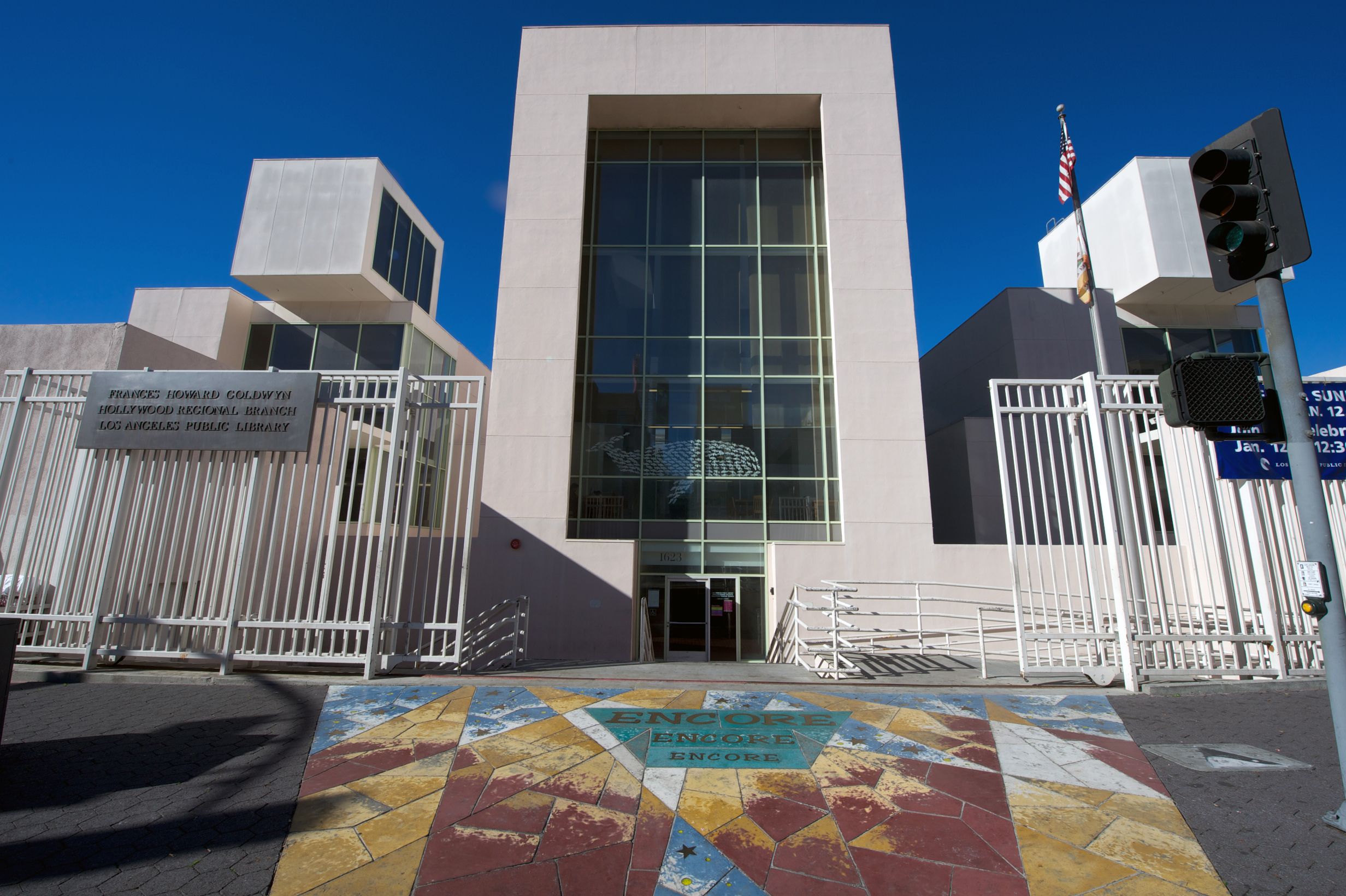 Today, along with a wide-ranging selection of books on the library shelves, the facility offers an exciting series of programs and special collections which are focused on Hollywood and the local community. The special collections room is filled with books, scripts, and archival collections that directly relate to the film and television industry. Over 2,000 books and film yearbooks include a 1923 edition of the Los Angeles casting directory, The Standard, and a biography of Samuel Goldwyn. A collection of 2,500 scripts, programs, production notes, and working papers are also a key part of the special collection, including television scripts, and even rare silent film screenplays such as the 1924 shooting script from Peter Pan. There are also over 3,500 production file titles from press kits to production stills -- both contemporary and dating back to the silent-film era. Archival collections such as sketches and designs from MGM films, and personal collections of screenplays, scripts and correspondence are also held here, along with posters and lobby cards, theater and dance programs, playbills from LA theater productions from the 1900s to the 1990s. While the entertainment industry has a strong focus, so too, does the Hollywood community itself. Housed in special collections are archival materials for the Chamber of Commerce Hollywood Christmas Parade from 1928 to the present, local papers and correspondence from Hollywood artists and Hollywood Conservatory of Music and Arts founder Gladys Littell, and a rare collection of the early community newspaper Holly Leaves. 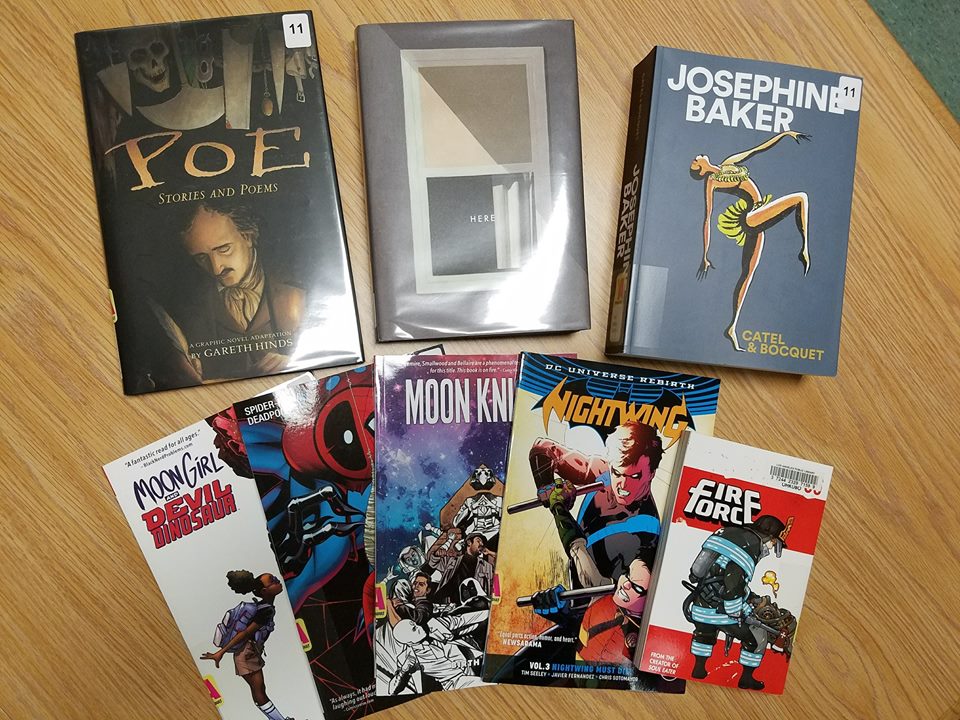 Along with offering a fascinating look at the past, today the library also plays host to a wide variety of programming that expands the scope of its role in the community. In the past year, events have included a costumed dance performance by Danza Azteca Xochipilli accompanied by live wind and percussion instruments, free books, and themed refreshments. During Women’s Heritage Month, a book talk with the Punk Rock Marthas was part of a program which included a children’s drawing session. The library has a strong commitment to children’s programming with such events as a live reading of Tinsel Town: Tall tales of a Ballerina in Hollywood by Story Chicks. 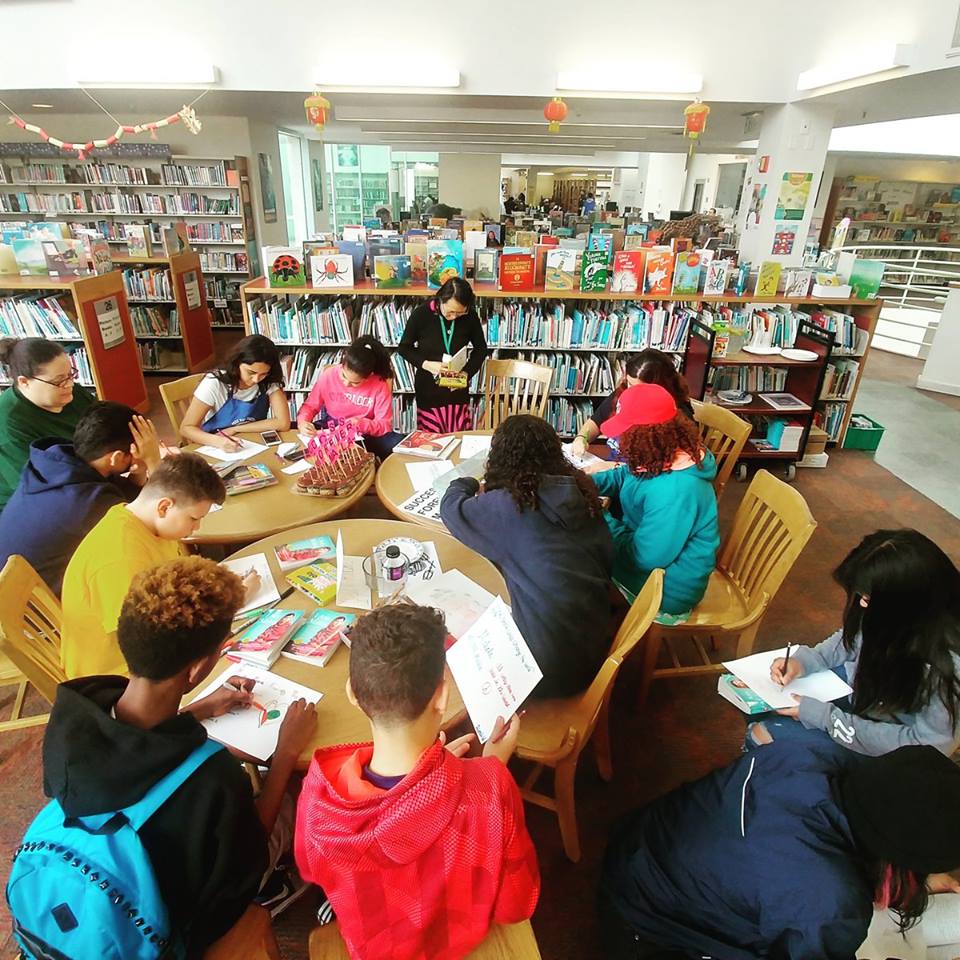 A children's event at the Frances Howard Goldwyn Library in Hollywood. (Courtesy photo)

Upcoming events include presentations of recent films, live poetry readings, and family-focused events. Every Wednesday, the library hosts a STAR story-telling and reading session, with children who attend receiving a free book after three visits to the event. Thursdays are game days, with old favorites like chess, Monopoly or card games. Fridays, tiny tots hear stories and sing songs with the children’s librarians. During the month of June, a timeline of LGBTQIA history in Los Angeles will be displayed; and on Saturday, June 2nd, in celebration of LGBT Heritage Month, the library will screen Tom Hanks’ starrer Philadelphia. A Saturday Family movie screens on June 9th, and on the 10th, the Expressions LA Poetry Reading Series provides a space to participate in open mic readings as well as listen to poets read. One of the most unique-to-Hollywood programs at the library is a Saturday Shakespeare Table Reading, a perfect activity for all the talent in the entertainment capital. Actors, Shakespeare scholars, and other creatives can put their own spin on the Bard’s plays.