Hollywood on the Big Screen

Look familiar? Many Hollywood business district locales have been the star in films over the years. Here are some Tinsel Town favorites. 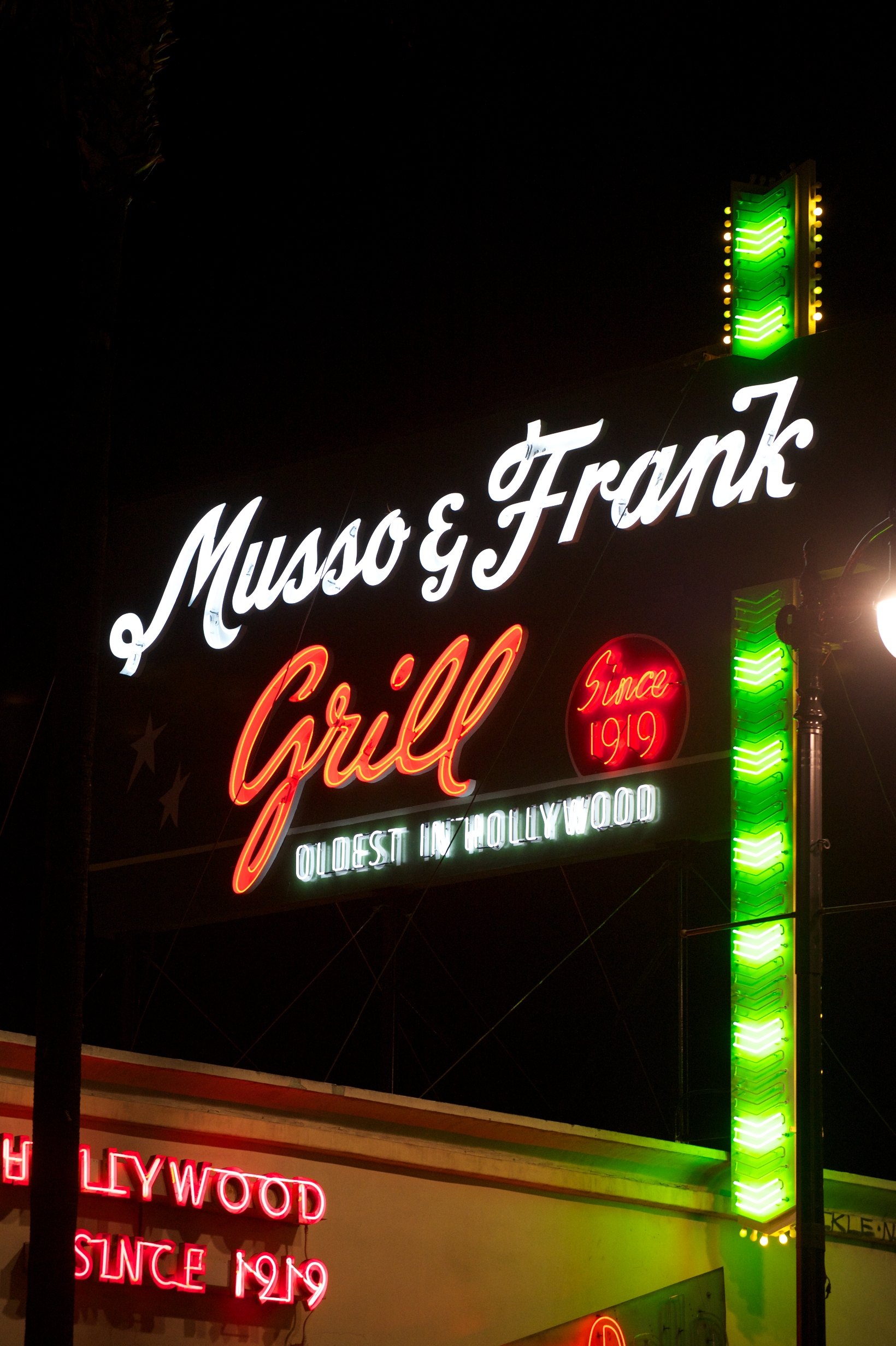 In last year’s multiple-Academy Award nominee and Best Supporting Actor winner for Brad Pitt, Musso & Frank’s was the spot where Pitt and Leonardo DiCaprio met up with Al Pacino for a drink in Once Upon a Time in Hollywood. Ocean’s Eleven (2001), and scenes from Charlie’s Angels: Full Throttle (2003) were also filmed here. Swingers (1996), Hitchcock (2012), and Rules Don't Apply (2016) also shot tasty scenes here; as did AMC’s Mad Men, and Carrie Bradshaw in HBO’s Sex and the City. Also worth noting: Charlie Chaplin lunched here. 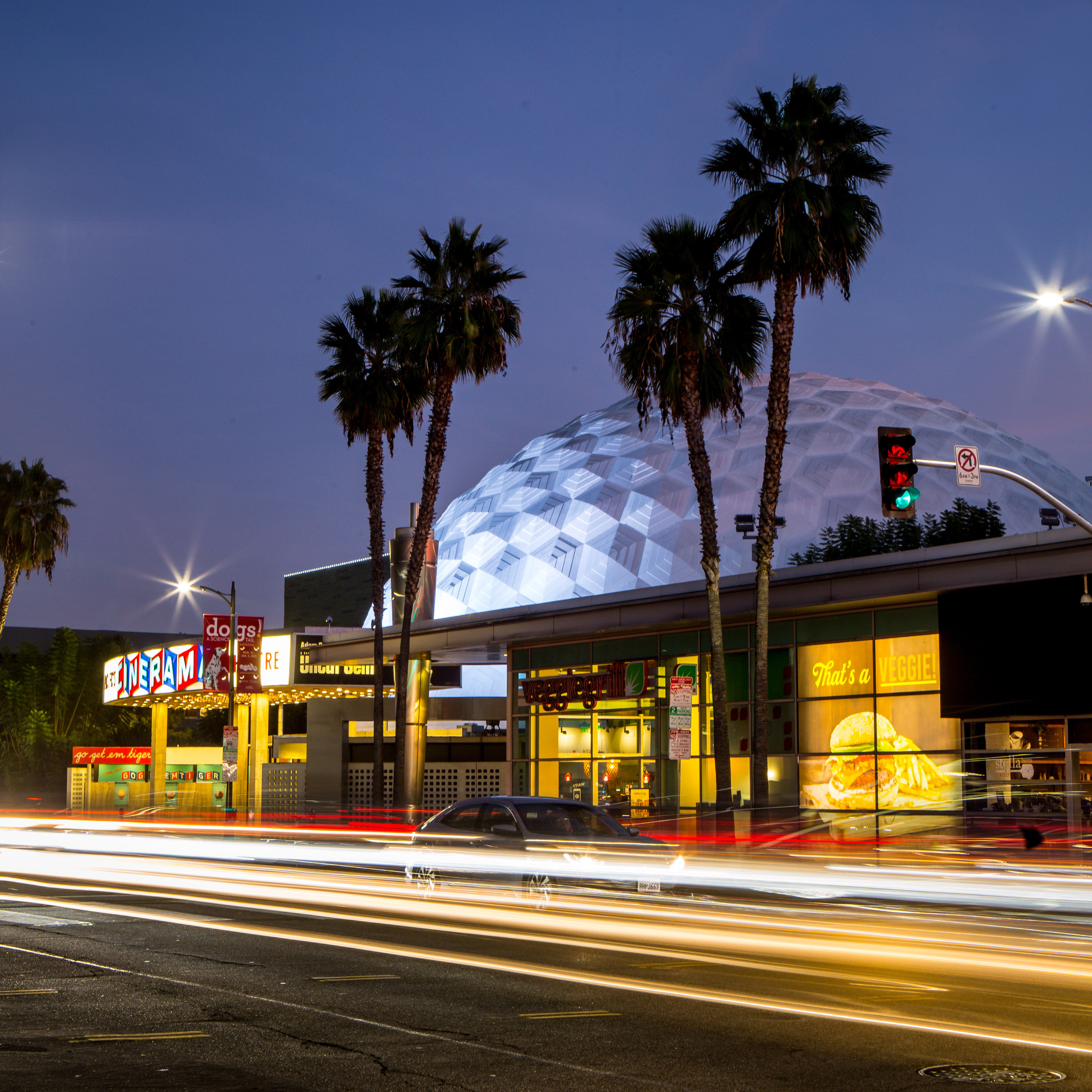 Once Upon a Time in Hollywood also used this classic spot, now a part of Arclight Hollywood. Frost/Nixon showed up here as well. 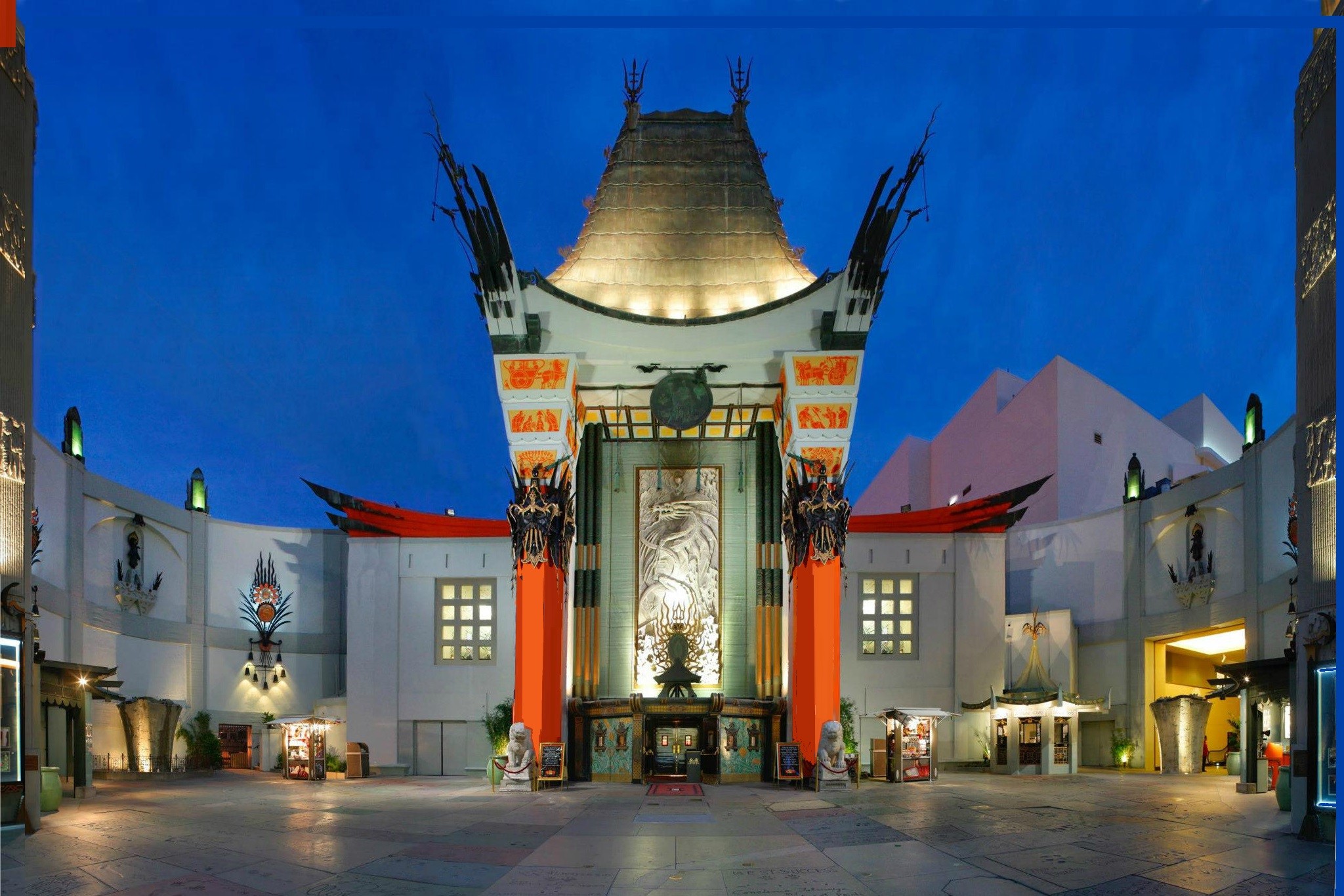 Depicted as Grauman’s Chinese, OUTIH also used this beloved spot. When the TCL actually was Grauman's Chinese Theatre, it served as a setting for both Singin’ in the Rain (1952) and Blazing Saddles (1974). Later, Mighty Joe Young also rampaged here; Eddie Murphy in Beverly Hills Cop showed up at the location, too. The Aviator also flew in. A full bevy of films picked this popular location including Forrest Gump (1994), Zombieland (2009), and Speed (1994). Iron Man 3 also joined in the fun in 2013. 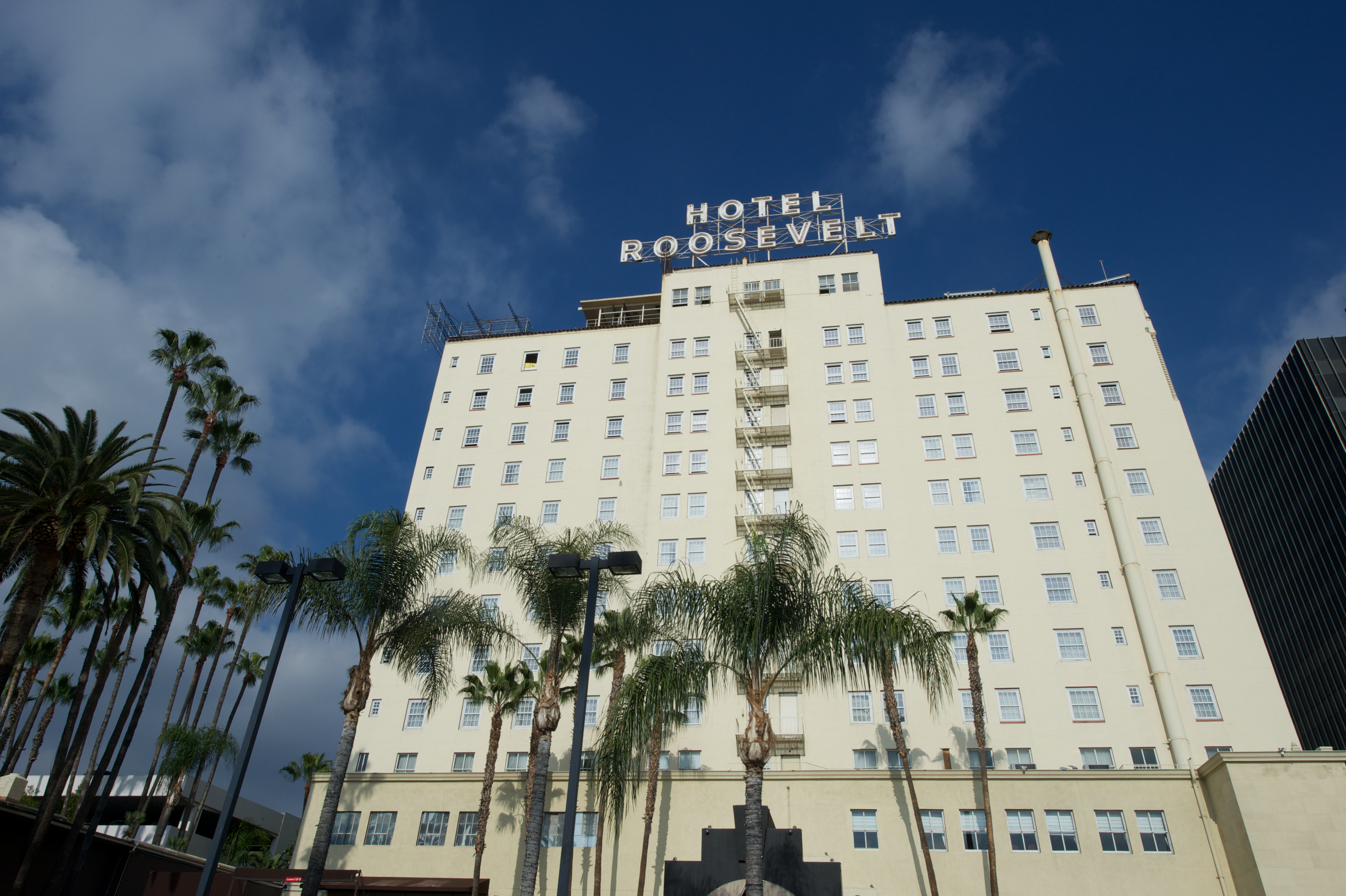 This iconic, Spanish Mission style hotel – with touches of Art Deco mixed in - was home to a bevy of film shoots including DiCaprio starrer Catch Me If You Can (2002) in 2002, American Crime Story filming, which began in 2016; and 2000’s rock n’ roll coming of age classic Almost Famous. Lucifer also stalked these halls. Also filmed here: Hancock; the 2008-era television version of 90210; Charlie’s Angels: Full Throttle, and Hardcore. Beverly Hills Cop II (1987), The Fabulous Baker Boys (1989) and Internal Affairs (1990) were among the myriad of additional films shot on the luxe premises. 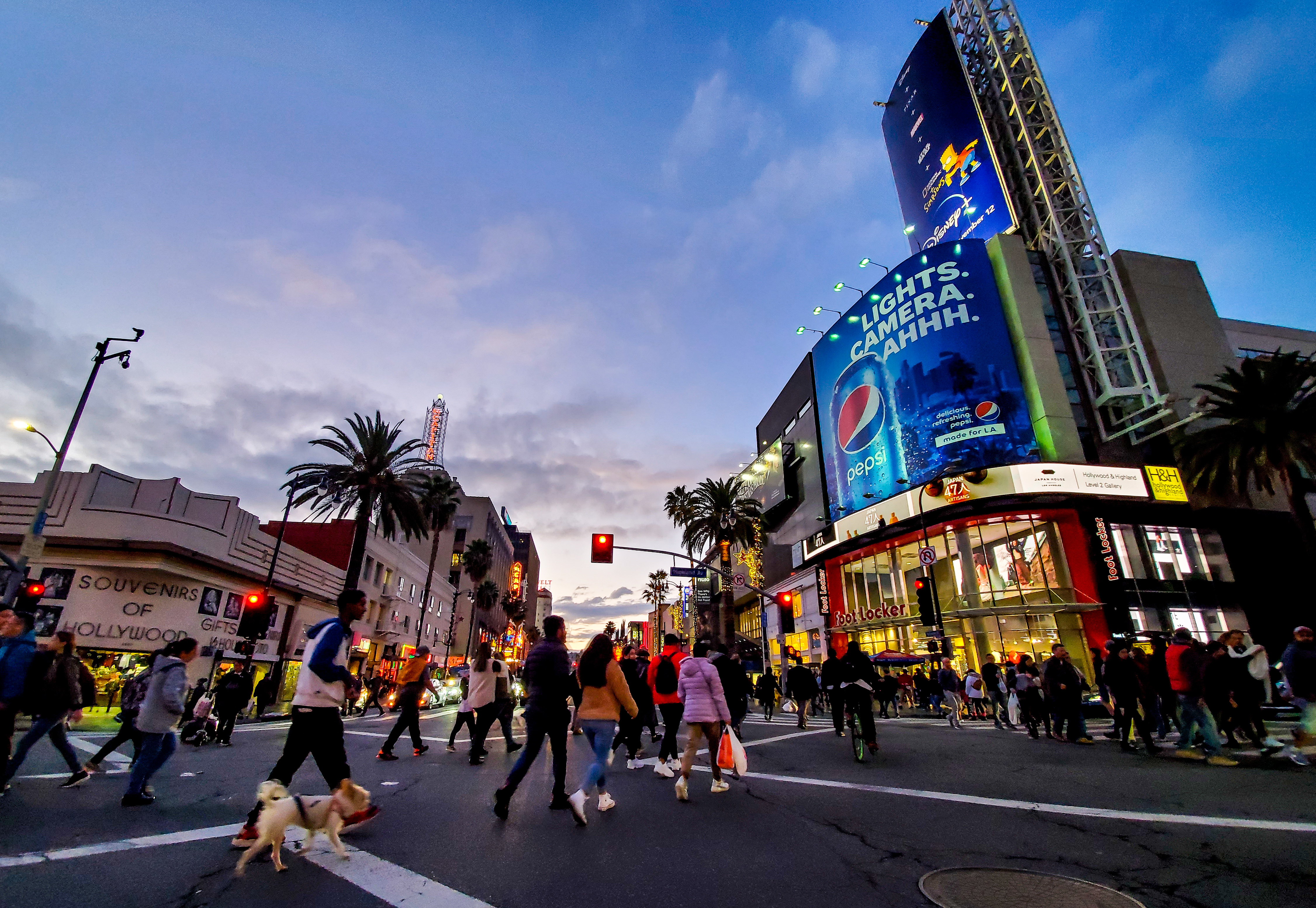 Hollywood and Highland intersection, with the mall at the right. (Photo by Howard Wise)

Hancock visited the mall; the underground metro stop was filmed in chase scenes for The Italian Job in 2003. Interesting fact: the mall’s design was based on the set of Baylon used in the 1916 film Intolerance. 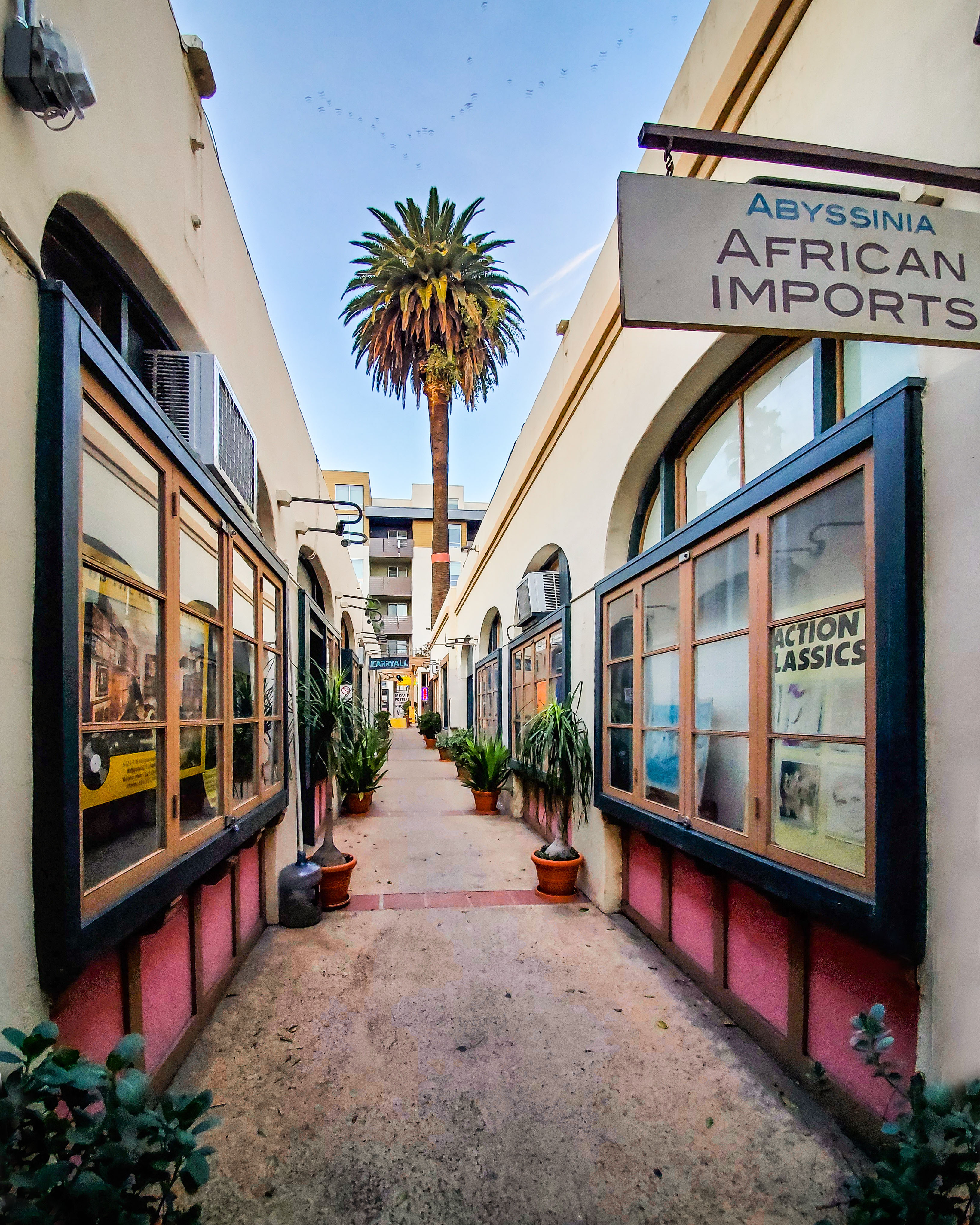 Hollywood Boulevard – east of Highland, west of Vine
The 2006 comedy, Borat, and 2001’s Mulholland Drive, both took advantage of the boulevard. 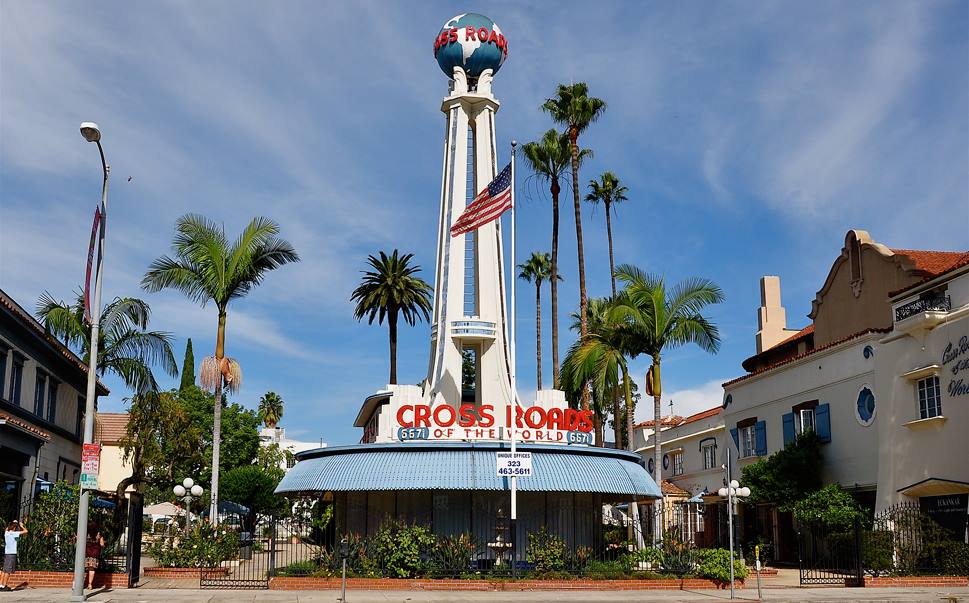 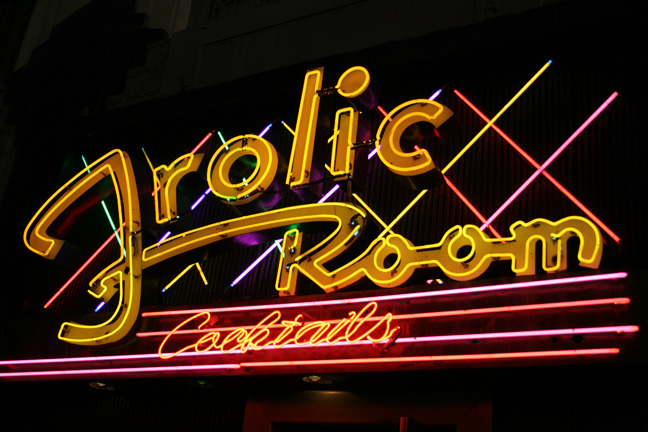 The Folic Room, next door to the Pantages Theatre. (Courtesy photo)

LA Confidential also frolicked here, as did Once Upon a Time in Hollywood, 1974’s A Woman Under the Influence, and the television series Columbo and Bosch. 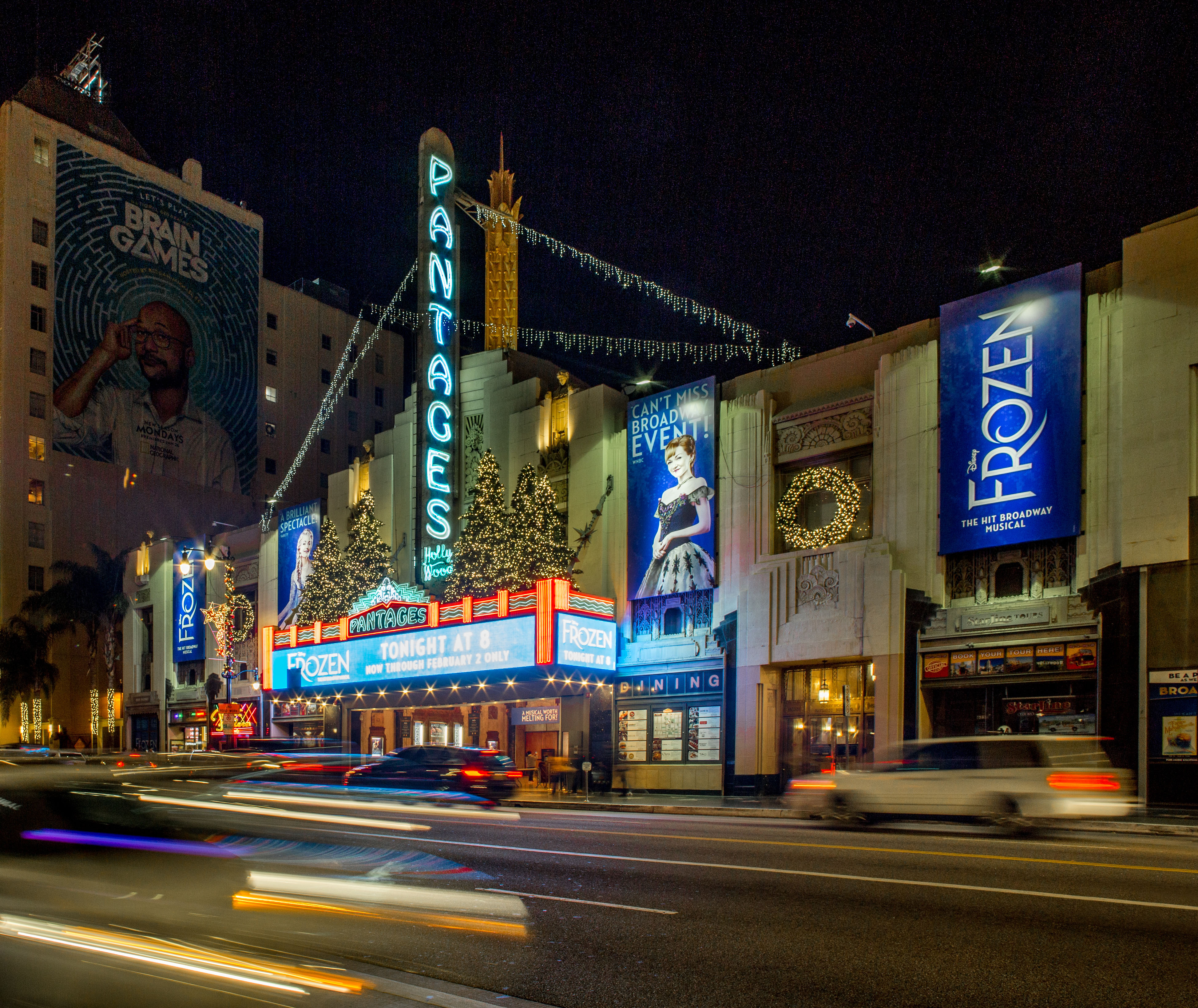 The Hollywood Pantages Theatre, near the intersection of Hollywood and Vine. (Photo by Howard Wise)

The Aviator, Black Dahlia, Paparazzi all made their appearance in this classic theater. The Bodyguard, Ed Wood, The Jazz Singer, Friends with Benefits, and Batman Forever also used the location, either its exterior as in the case of Ed Wood, or the interior –standing in as the Ritz Gotham Hotel in Batman Forever. It was the site of the Academy Awards in the film The Bodyguard. 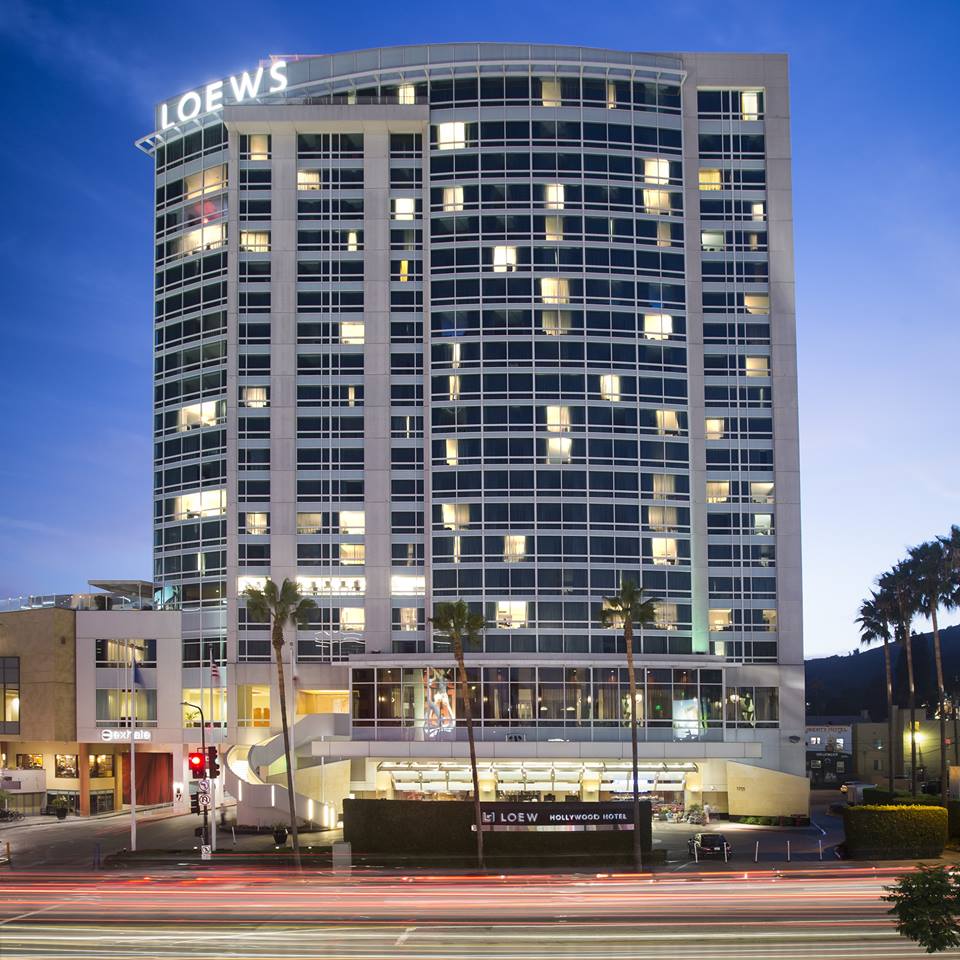 Brendan Fraser checked into this spot after being rescued from his bomb shelter home in the 1999 comedy, Blast from the Past. Britney Spears shot a music video here, for the song “Everytime.” Other film projects shot here include Yes Man (2008); 1999’s Don’t Tell Mom, the Babysitter’s Dead; and with a fake downtown skyline in the suite windows, it was featured in the Tom Cruise/Jamie Foxx starrer Collateral, as well.