Taking a Stroll Down the Walk of Fame

With a total of nearly 2,700 stars, the Hollywood Walk of Fame is a panoply of celebrity celebration. The Hollywood Chamber of Commerce is the official licensing agency, and they also have the exclusive right from the city to choose what stars get added. 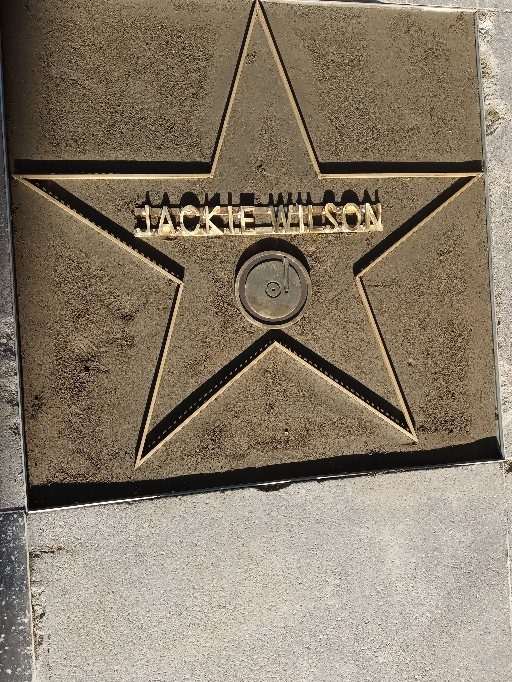 A star being created for the Walk of Fame. Jackie Wilson received his star, the 2,672nd, posthumously on September 4, 2019. (Photo courtesy of The Hollywood Chamber of Commerce)

The Walk of Fame was developed in the 1950s as an attraction to bring people into Hollywood and support the retail environment in the area. A pilot project installed seven stars around Hollywood and Highland in 1958; actress Joanne Woodward was famously one of them. In 1960, construction of the permanent Walk of Fame began, with Stanley Kramer, the renowned producer and director of films such as Guess Who’s Coming to Dinner as the recipient of the first permanent star. You’ll still find Woodward’s star and the others from the pilot program, too, but those stars have most likely been redone.

Following Kramer’s star (which was placed at Hollywood and Gower), from November 1960 to February 1961, 1,058 stars were installed. Many, but not all had names; some were still blank. They were positioned on Hollywood Boulevard from Gower to Sycamore. Fast forwarding to the 1990s, the California Redevelopment Agency (CRA) extended the stars west to La Brea Ave., a section that looks slightly different from the original. Today, there’s a second row that zigs and zags up Hollywood and Vine as well as Hollywood and Highland. 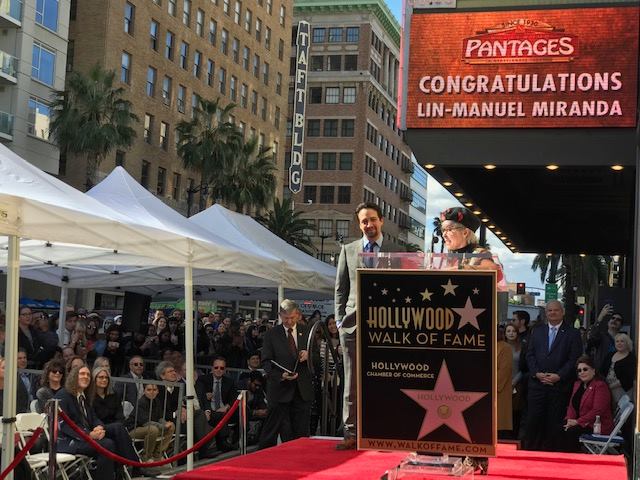 Lin-Manuel Miranda received the 2,652nd star on the Walk of Fame on November 30, 2018, for his contributions to live theater. (Photo courtesy of The Hollywood Chamber of Commerce)

So how do the celebrities get their stars? First, there’s a nominating process in which the nominee must okay their nomination, and there are literally hundreds of applications for the honor per year. Then, a select committee within the Hollywood Chamber chooses a new class of 25 to 30 people in five different categories every June. The categories? Motion pictures, television, recording, radio, and live performance.

Most of those people are added, with the intent to be placed within the next year, but sometimes – as was the case with Jodi Foster, whose star took 20 years to be placed – it happens later. Generally, a star nominee has a film coming out or a new record in the works, so the attempt is always made to place the star in a timely fashion. 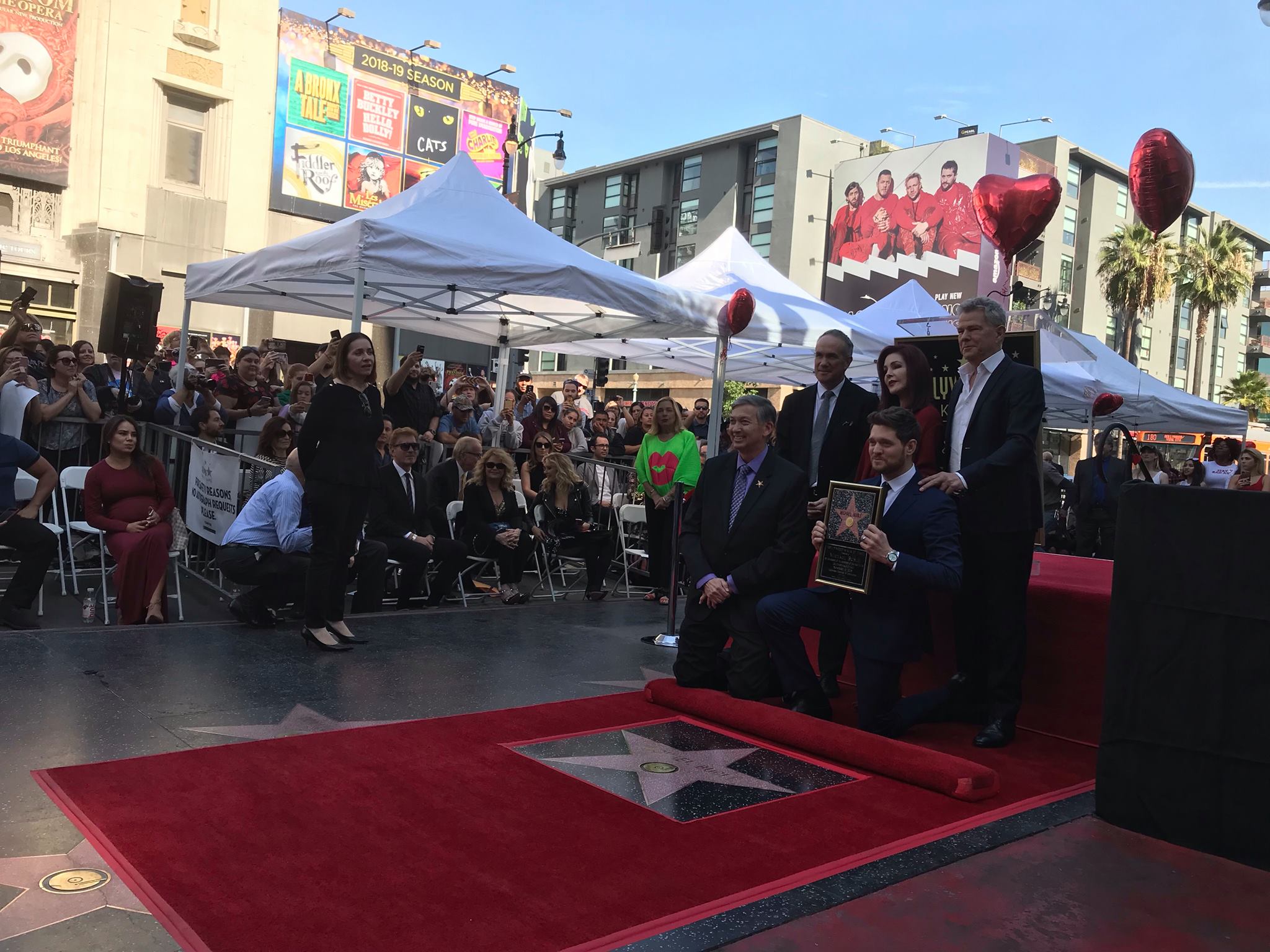 Singer Michael Buble received the 2,650th star on the Walk of Fame on November 16, 2018. (Photo courtesy of The Hollywood Chamber of Commerce)

The stars are a beloved tradition by both locals and tourists; in fact, an estimated one million visitors come to see it. The exact number is difficult to quantify because the attraction is free and right there on the sidewalk. The star placement ceremonies themselves are also free and open to the public, and generate a great deal of interest even for residents. Hollywood city council members are strongly supportive, and the upcoming Heart of Hollywood initiative is working to hire a world-class consultant and landscaping firm to update street design that will value this historical monument. That’s right - the Walk of Fame is a designated monument, number 194 in Los Angeles. Essential for an update is allowing people to easily walk down the sidewalk without compromising the stars themselves. A wide range of recommendations are being considered to update the space and make it easier for people to walk and enjoy the attraction.

From improving the pedestrian experience to making sure the stars are visible, the initiative is planned to streamline the enjoyment of the stars and ultimately create an update that’s cohesive, thematic -- and that tells the story of Hollywood and its many stars in the best possible way.