On a typical day, Hollywood is an energetic, bustling and charmingly unpredictable thoroughfare of Los Angeles.  A destination for celebration, old time glamour, dream pursuing, and independence. In the past, one could argue that Hollywood’s identity as a neighborhood was defined by the sea of visitors, tourists, and theatergoers that crowded the streets on a daily basis.However, now that we are all hunkered down at home, Hollywood has been reclaimed by its residents.

I spoke with some of the people who actually call Hollywood their home about their experience sheltering in place, and their unwavering love for the neighborhood. 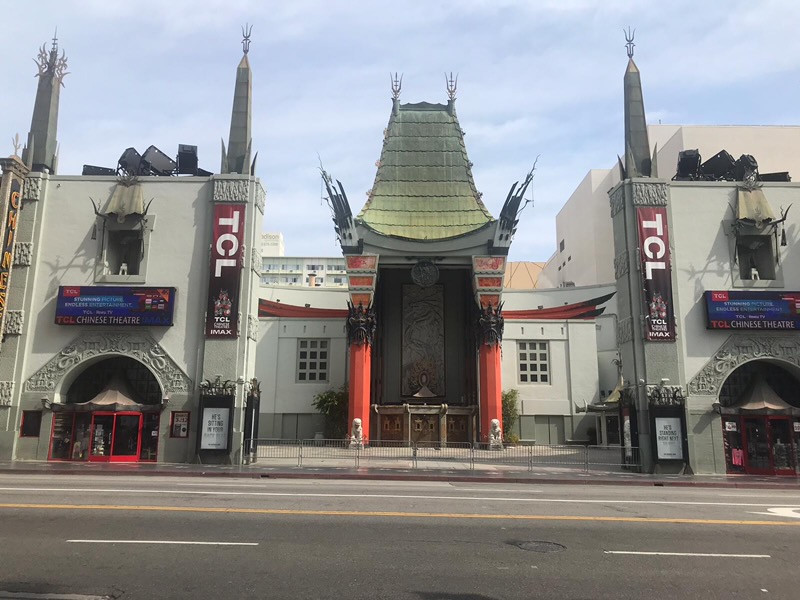 For Hollywood locals, seeing the forecourt of the TCL Chinese Theatre empty during the day is a disconcerting sight. (Photo by Ferris Wehbe)

An Empty Walk of Fame

Without the flow of tourists taking photos and posing with their favorite terrazzo and brass stars, The Walk of Fame certainly feels different as Hollywood reverts to its role as a neighborhood again. However, for Bill LaVallee, an 83-year-old singer and actor with arguably some of the best stories about Hollywood’s heyday, he would assert that “those are the real people of Hollywood. There was a time in the 1950s and 60s when you really saw movie stars walking on the sidewalk.” For him, the Walk of Fame serves as a sweet reminder that this neighborhood is still and always will be rooted in its origin story: “I love its history and being a part of it.”

At 44 years sober, La Vallee says, “if it wasn’t for online AA meetings, I would have gone totally bonkers.” However, for the most part, he feels little change from his previous Hollywood lifestyle. “I have been cut off from the world for quite some time. Just now all you guys have joined me.” 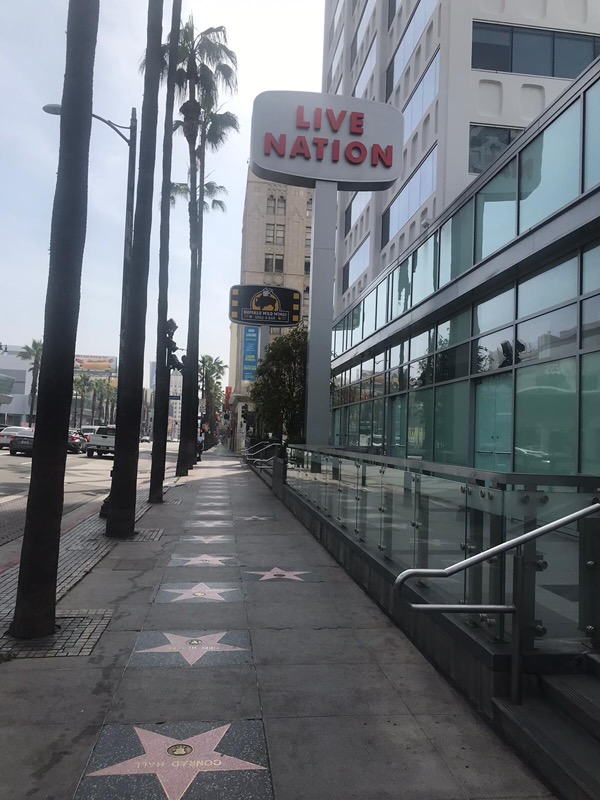 The west end of the Walk of Fame, devoid of pedestrians, during the Covid-19 pandemic. (Photo by Ferris Wehbe)

Tamra Brown, comedian and walking tour guide for Red Line Tours, has lived in Hollywood for nearly 20 years; and does not see herself moving anywhere else. “Hollywood is like a small town,” she says as she recalls some of the “regulars” she sees on a daily basis. “I think to most of Los Angeles that don’t live in Hollywood, they think Hollywood belongs to the tourists. But the residents would say it belongs to us.”

For her role as a guide to Hollywood, Brown obviously waits for a time when it will be safe for out of town visitors to return to the neighborhood; but that does not keep her from perfecting her performance prowess in the interim at home.  She still connects with her dance troupe online, and continues to prepare for comedy performances in the future.

On walks she is more aware of how “peaceful and beautiful” Hollywood feels at the moment.  In the calmness, she notices the sunset more, and it can be emotionally overwhelming.

There is a particular mystique associated with the quiet of a Sunday in Hollywood that I have always found hard to articulate. For the director of sales at the Hollywood Palladium, Chris Payton, the tranquility associated with the reduced decibel level of street noise has been especially noticeable. “Now everyday feels like Sunday morning at 7 a.m.,” he says. I could not agree more. The re-opening of the Hollywood Farmers Market has been a huge blessing as well, which Payton describes as a “great local tradition and resource.”

In the future, he foresees the neighborhood’s infrastructure focusing “more toward the regulars who live and work around here due to all the new builds.” Perhaps there will be a trend toward more restaurants and shops that cater to the residents as Hollywood adds more inhabitants. 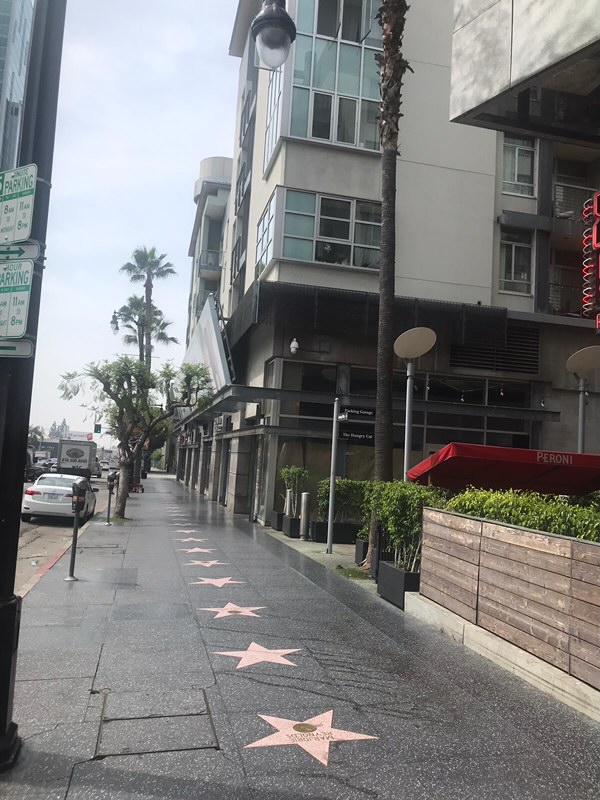 The Walk of Fame near Sunset and Vine, empty due to Covid-19 restrictions. (Photo by Ferris Wehbe)

For long-time resident and substitute teacher, Daniel Moran, Hollywood is a mecca for theaters, record stores, and classic restaurants. “As a 20-year LAUSD substitute teacher, I have gotten to know students and parents of every ethnicity and social class, as I float from school to school. This has offered me a familiarity with and an understanding of the local population that I would not have experienced otherwise.”

During this time, he looks forward to returning to Sunday services at Blessed Sacrament Church, going to all the local movie theatres and restaurants, plus exercising at Gold’s Gym.  He adds, “I do miss all the crowds on Hollywood Boulevard, which are full of both tourists and locals.”

It is no surprise that lives are simplifying, and people are learning to connect in new ways.

For a while I felt quite alone in this neighborhood.  I would see people pack up their work bags and go home to their quieter, homier neighborhoods at the end of a workday. The weekend would approach with a chaotic swarm of tourists and people looking to party, to celebrate.  I would often wonder who actually lives here.

When I would walk my dogs on Sunday morning, it would abruptly feel like a ghost town. I’d often describe it like midtown Manhattan after it’s notoriously massive lunch crowd.  Then on Monday morning the week would start up again, and we would all plunge right back into the chaos.

But now, despite the current orders to shelter in place, somehow I feel less isolated here than ever before.  It is a good feeling to re-connect with your neighborhood again, wherever you are.  After all, at the end of the day, these are the people you go to sleep with every night.