The Hollywood Partnership is the organization that manages the Hollywood Entertainment District, a ten-year Property-Based Improvement District (PBID) that stretches along the world-famous Walk of Fame and spans historic Hollywood Boulevard, from the LaBrea Avenue Gateway on the west to the Hollywood 101 Freeway on the east. Many of Hollywood’s famous landmarks are located in the District – the epicenter of the entertainment capital of the world and birthplace of the movie industry. In 2019, The Hollywood Partnership’s Board of Directors approved a 5-year Strategic Plan entitled Hollywood in Focus which guides the organization’s work and investments.

To enhance the appeal, vitality, and well-being of the Hollywood community from the ground up. 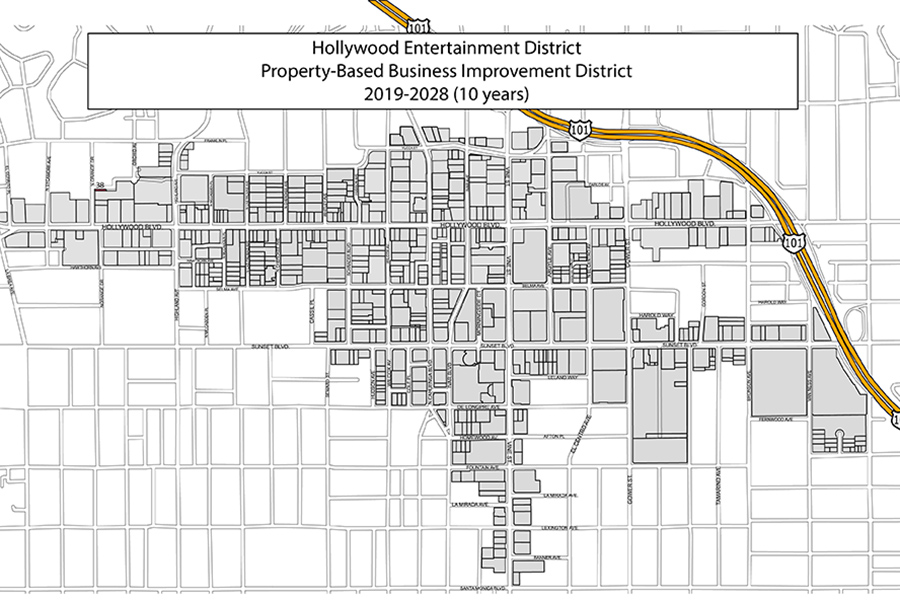