The Hollywood Palladium: Historic Status for an Historic Venue

While it was only listed on the National Register of Historic Places in 2016, The Hollywood Palladium has truly earned this designated status for years. The Palladium’s origin is a real Hollywood story.

The iconic Sunset Blvd. theater was built by film producer Maurice M. Cohen, and designed by renowned Los Angeles architect Gordon B. Kaufman in a sleek Moderne-style. Los Angeles Times publisher Norman Chandler funded the construction on what was once the Paramount Studios lot. The cost: just $1.6 million. Chandler may have been drawn to the project because architect Kaufman also designed the venerable Los Angeles Times building. 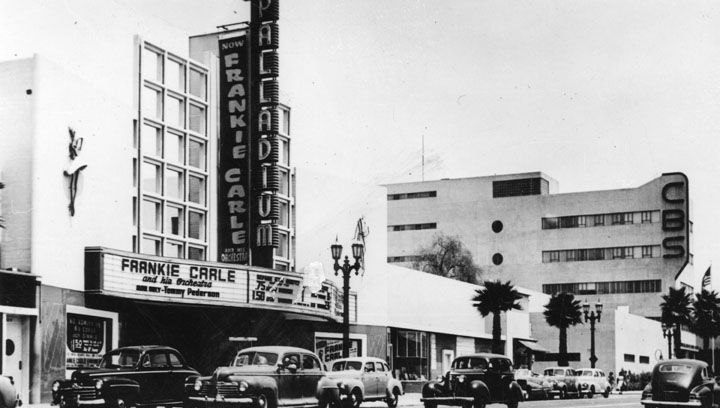 Inside The Palladium’s façade, the curved interior is startlingly contemporary for a building constructed in 1940. There’s an 11,200-square-foot dance floor, with a mezzanine and a floor level that has room for up to 4,000 people. The structure includes a stunning circular entrance foyer with balcony stairs, and a domed ceiling crafted in Art Deco style. If the architecture isn’t impressive enough, then there’s acts who’ve played here.

Reflecting changing tastes over the decades, the venue’s opening night – October 31st, 1940 - presented Tommy Dorsey and his orchestra along with a just-starting-out Frank Sinatra as the band vocalist. Hollywood’s finest, from Judy Garland to Jack Benny showed up to share in the magic. Cohen was thrilled. Having said he would create the “world’s largest dining and dancing palace,” it seemed that his dream had come true. 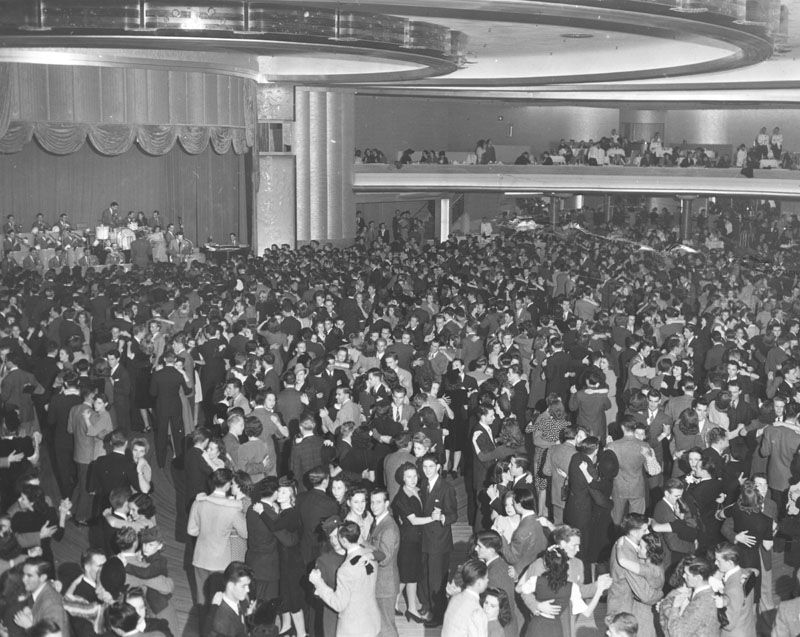 Vintage photo of a crowd dancing at the Hollywood Palladium. (courtesy photo)

Over its first decades, The Palladium hosted radio broadcasts and concerts. There was swing, big band, and Latin bands, when in the mid-’50s the mambo and the cha-cha-cha were popular. In 1955, disc jockey Lionel “Chico” Sesma promoted his Latin Holidays at the Palladium, an event that lasted for decades. Then came taping of the Lawrence Welk show, and in the late 60s and 70s rock n’ roll acts moved to the foreground. Performers from Jimi Hendrix to Led Zeppelin to Alice in Chains took the stage. More recently, varied acts from Run DMC to Walk the Moon have performed at the 4000-person capacity venue. Upcoming concerts include high powered bands like LCD Soundsystem and St. Vincent. On the 77th anniversary of the venue’s Halloween opening, The Palladium hosted a live performance by John Carpenter of his score to his horror classic film Halloween.

Through the years there were political moments too, including a famous civil rights speech made by Martin Luther King Jr. at the World Affairs Council held at The Palladium in February 1965. The Emmy Awards, Grammy Awards, Country Music Awards and the NAACP Awards have all been hosted here.

The Palladium has even been a star in its own right, appearing in The Blues Brothers in 1980. 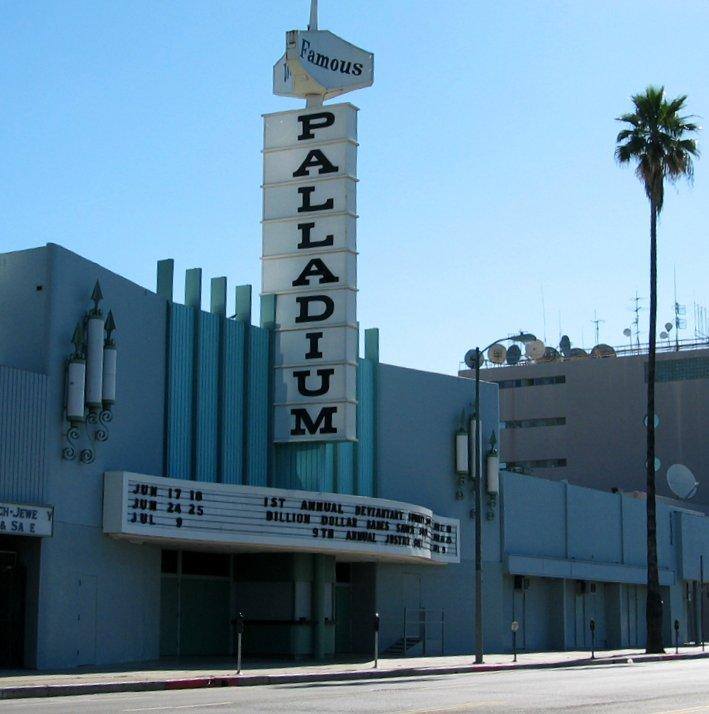 The Hollywood Palladium, circa 2005, before its renovation. (courtesy photo)

A staple of Hollywood culture, The Palladium is one of the longest-operating event venues in the city.But, as its glory days waned and the venue became worn, there were threats of demolition. Luckily, instead of tearing it down, Beverly Hills-based live events company Live Nation entered the picture, stepping in to lease the concert hall in 2007 for 20 years, and acting as the driving force behind its refurbishment. Following a year-long closure, the grand re-opening in 2008 was a performance by Jay Z.

Thanks to The Palladium’s recent landmark status, any future development to the site must follow strict planning guidelines, keeping the concert hall safe. There are some changes afoot, however. The Palladium Residences, two 30-story residential towers and some 24,000-square-feet of retail space, will rise on either side of the venue. Designed by Santley Saitowits, the mixed-use luxury project will be created in a style resembling the Streamline Moderne style of The Palladium itself. Construction is scheduled to commence in 2018, and if the project’s density has sparked some concern, the landmark status for The Palladium itself is universally applauded. 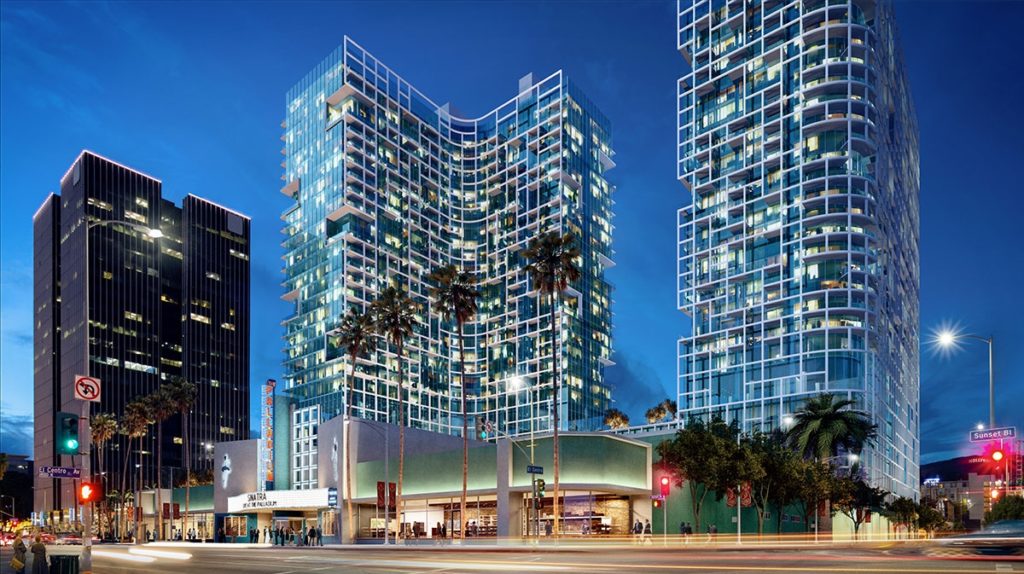 A Hollywood classic, The Palladium rocks on - a real-life example of the motto “the show must go on.”