Los Angeles City Councilmember Mitch O’Farrell and local stakeholders celebrated the launch of a new project to improve the pedestrian experience through a series of wayfinding signs in the historic core of Hollywood, part of larger collaborative efforts and the first of many improvements through the ‘HEART of Hollywood’ initiative.

For years, multiple government agencies and community stakeholders have partnered on a comprehensive wayfinding signage program for the historic core of Hollywood.  The first phase - 79 Art Deco-inspired signs geared toward pedestrians - is now complete. The signs pay homage to Hollywood’s history and contribute to a stronger sense of place and community in one of the world’s most iconic neighborhoods. 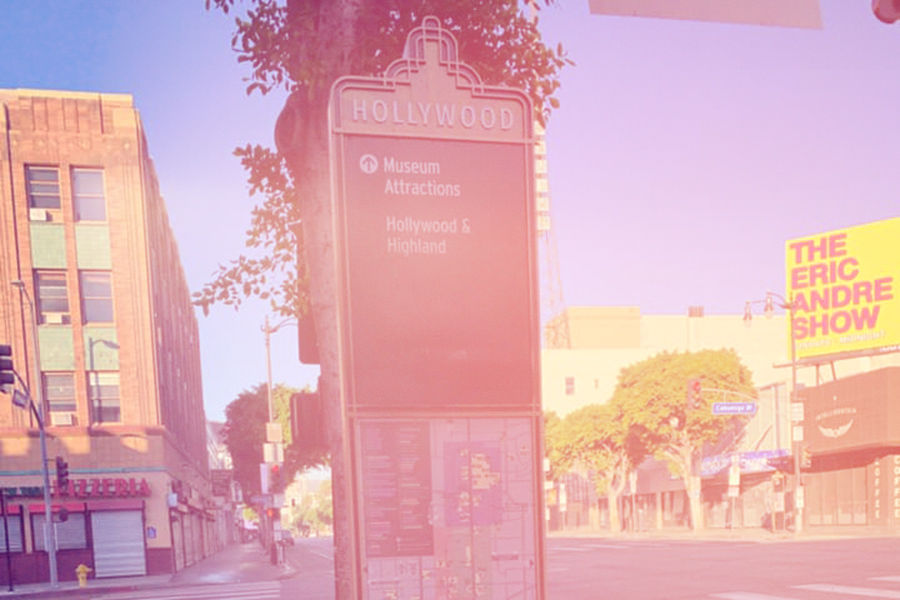 “These new wayfinding signs are immediately enhancing the Hollywood experience, and are the perfect way to kick off my office’s HEART of Hollywood initiative,” said Councilmember O’Farrell.  “The initiative promotes economic growth and a sense of community along Hollywood Boulevard and the Walk of Fame. We have various projects in the works to achieve these goals, beginning with a new ‘master plan’ for the Walk of Fame, which will begin to take shape this year.”

“This project has already made it easier for pedestrians to find their way around Hollywood, with directions to world-famous destinations, local attractions, public transportation, and other points of interest,” said Kristopher Larson, President/CEO of the Hollywood Entertainment District Business Improvement District. “This is a critical improvement that will enhance Hollywood’s business community and sense of place.”

“Hollywood is truly the heart of pedestrian activity in Los Angeles - for residents and visitors alike,” said LADOT Principal Transportation Engineer Ken Husting. “We are excited to take part in this initiative by making travel to and from Hollywood more seamless and pleasant.”

The project aesthetics were managed and designed by Hunt Design, and pay homage to the Art Deco style often associated with Hollywood.

“The design reflects the glamorous history and quality architecture that people associate with Hollywood,” said Wayne Hunt of Hunt Design. “This process was community-driven, and resulted in a product that we feel is a perfect fit for Hollywood.”

Participating agencies include the office of Councilmember O’Farrell; City of Los Angeles Department of Transportation (LADOT); Department of Public Works from both the City and County of Los Angeles; Metropolitan Transportation Authority; and the former Community Redevelopment Agency (CRA).  Community participation was led by the Hollywood Entertainment District Business Improvement District (BID), and involved robust participation from the Hollywood Chamber of Commerce; Hollywood Historic Trust; and other stakeholders. Conduent, Inc. (formerly Xerox) served as project manager.