As The Record Turns is a Hidden Hollywood Gem

Tucked in the back of the historic, 100+-year-old Artisan’s Patio on Hollywood Boulevard at McCadden Boulevard is one of the best-sourced record stores in all of Los Angeles. As the Record Turns is a vinyl collector’s and industry insider’s record store owned by Kevin Donan -- a longtime veteran of the music industry, himself. 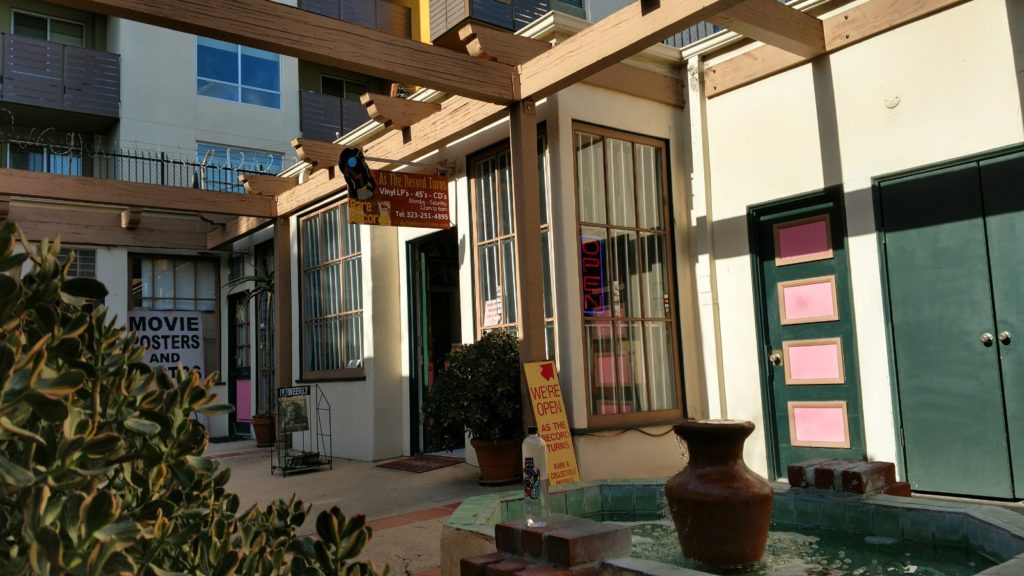 As the Record Turns is tucked away in the back of Artisan's Patio, just a block and a half east of Hollywood and Highland. (Photo by Esther Tseng)

Kevin, who has consulted and played on many an album as well as managed many an artist, celebrates the 30th anniversary of the store’s opening this year with his wife, Monet. As the Record Turns is ultimately a long-standing relic of their passion for music and pivotal work in the industry. The store’s history reaches to long before the age of the internet, sourcing and supplying movies and television shows with master recordings, special album art covers, acetate discs and more.

As The Record Turns has built an excellent reputation for having some of the rarest records to be found in most genres and fulfilling search requests. (Photo by Esther Tseng)

No matter how rare or how long out of print the record you’re looking for is, they’ll kindly help you find it. Everything in the store is in great condition, and the prices are negotiable to a point. They’ll even throw in a free record from a special stash on top of your purchase. The two-room store houses an impressive collection of over 25,000 originals, with not a reissue in sight, and Kevin has access to over a million and a half records from all over the world.

Kevin’s ultra insider knowledge and experience with the top names in the business also make for an fascinating visit for the record collector every time, thanks to the countless stories he has to tell. The Flint, Michigan native is a legend in his own right. He’s a self-taught drummer, having opened for numerous bands such as Parliament Funkadelic when he was a mere teenager. He sold Lenny Kravitz his first guitar and helped Dr. Dre choose the samples used on The Chronic. He worked in a pressing plant and as a recording engineer, having worked in the studio for many bands such as Earth, Wind and Fire, Harry Nilsson, Kool and the Gang and many more.

Currently, Kevin is working on a documentary and interactive book featuring art and other content from black cinema, civil rights speeches as well as African American contributions to theatre musical soundtracks recorded on vinyl. The book is called Black Film Tracks, and it features black album art, movie posters and more, promising to be the ultimate coffee table book for many reasons -- the content and limited number of printed copies, alike. 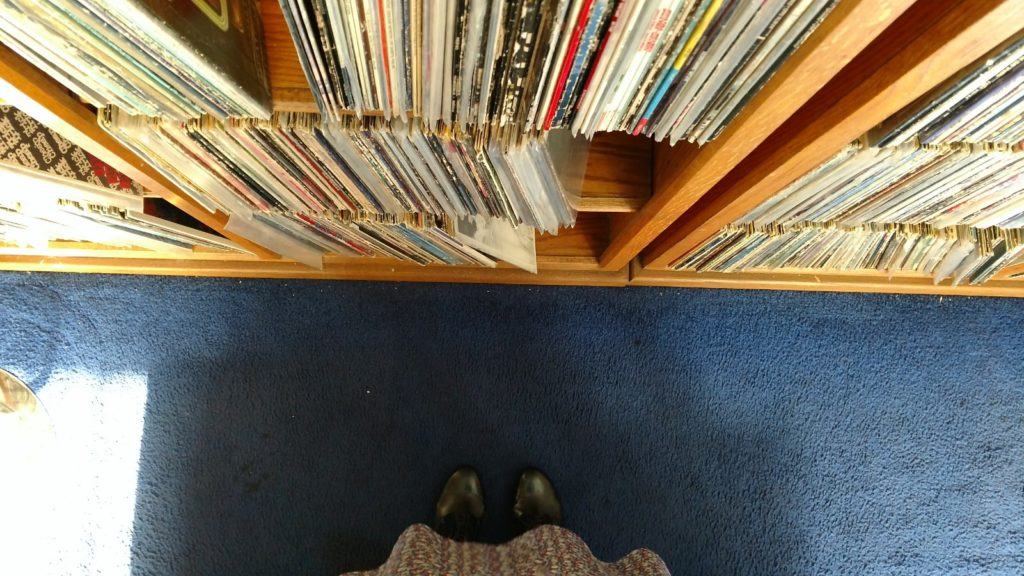 As The Record Turns... The ultimate in rare vinyl records. (Photo by Esther Tseng)

Every visit to As the Record Turns is like a journey back in rock, R&B, soul, jazz, blues, and comedic history. You can’t walk away with just one record; you’ll also walk away with a good story and a good time. Stop in and see Kevin and Monet, who will take care of all your limited and rare vinyl demands. 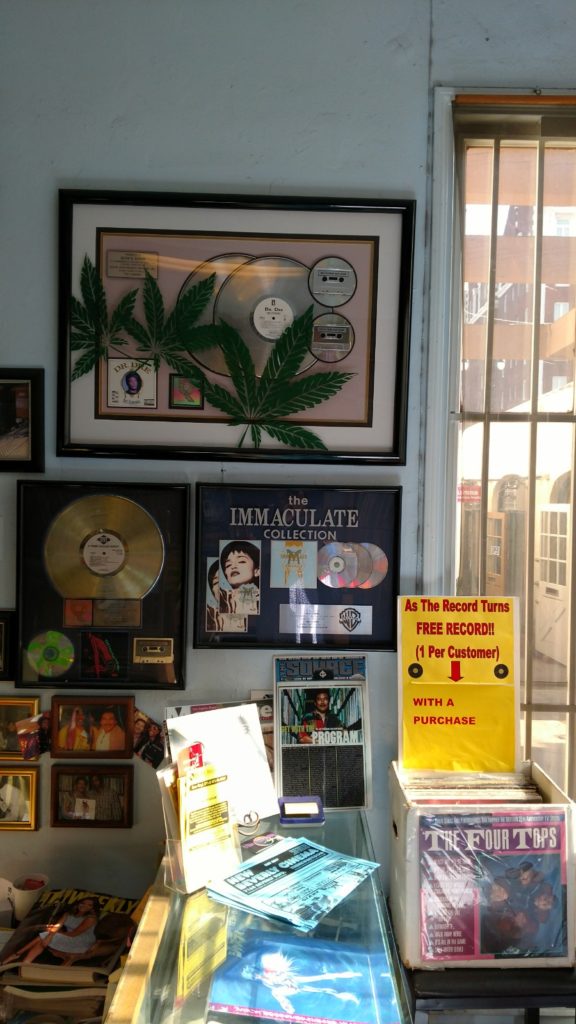 As a consultant and a record research locator, Kevin Donan of As the Record Turns has credits on over 2500 different LP's, CD's re-issues, 1200 films and 700 television and cable network shows. (Photo by Esther Tseng)

Esther Tseng is a freelance food and drink writer. She has contributed to Eater, Thrillist, LA Tourism, Visit West Hollywood, Serious Drinks, and more. She practices Pilates, spins and snowboards to counter all the calories she consumes and loves to travel, whether for work or leisure.

As the Record Turns
6727 Hollywood Blvd