The Dudes Are Coming to Hollywood

Dudes and dudettes – your soon-to-be-favorite, laidback brewery is about to premiere in Hollywood. The Dudes Brewing Company, with locations in Torrance, Santa Clarita, and Santa Monica, is opening its flagship right in the center of Hollywood Blvd.

While the Torrance location is where the concept – and the beers – all began, with 24 beers on tap in the original brewery setting, this outpost will be the flagship location for Dudes, according to Maegen Humes, dudette/owner. 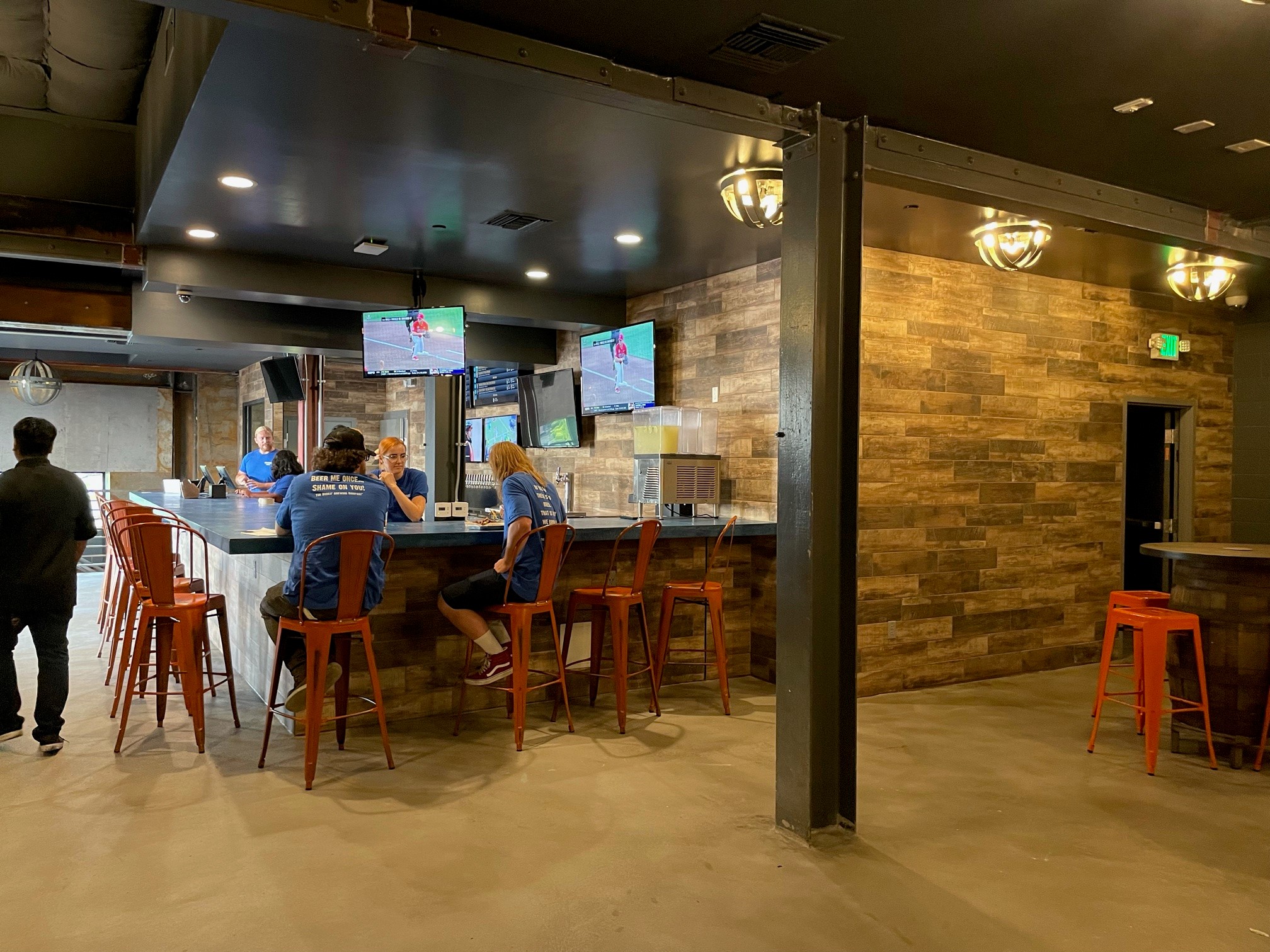 It will offer over 30 beers, along with seasonal and experimental brews, curated wines and cider, and a scratch kitchen.

“We have been working on it for what seems like forever: three plus years,” Humes said. “This location offers a full menu, two floors, three bars, and a rooftop deck all in the heart of Hollywood. It has a small fermentation room that we plan to use for some experimental aged beers. And it has that same welcoming atmosphere that we strive for in all our locations, but it offers the amenities of a full-service location.” 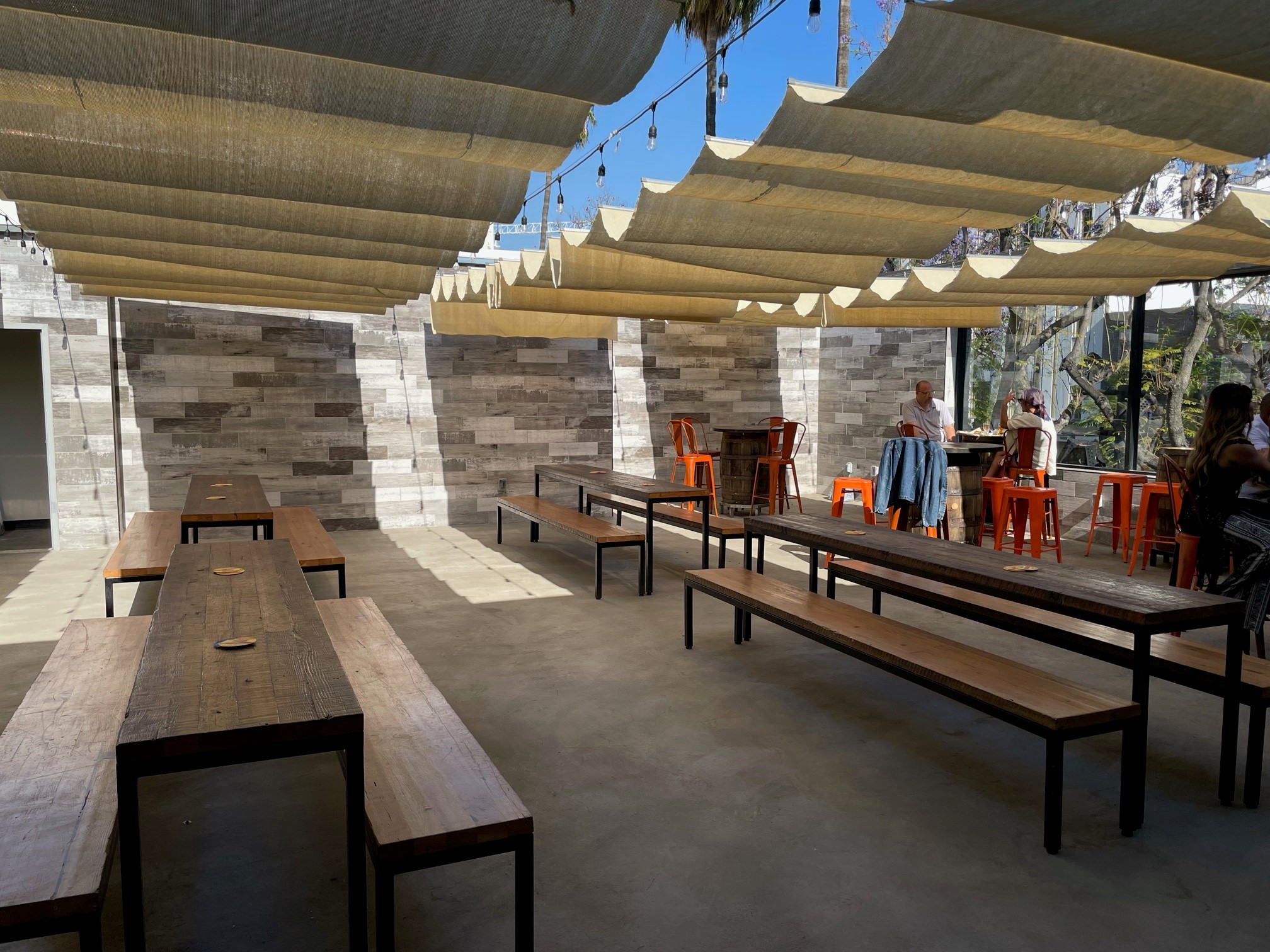 The rooftop deck is one of the many features of the new Dudes Brewing Co. location on Hollywood Blvd. (Courtesy photo)

While always planned, the outdoor deck now seems the perfect destination for post-pandemic dining and quaffing. “We wanted to take advantage of the Hollywood Boulevard location and the energy that comes with that. There is something very satisfying about having a drink on a rooftop deck.”

Especially a unique Dudes brew, such as a Coconut Porter or Blood Orange Amber. There will be even more selections to choose from in Hollywood. “In addition to the core beers that we offer across the Southland, we will offer some rotating taproom-only beers including some experimental IPAs, our fruited sour series, and various others," Humes said. "We will also be offering a handful of guest taps, wine, craft soda cider and hard kombucha." Asked about their most requested brew to date, Humes notes that across the board “Our most popular beer has always been the CalifornIPA, but we do find that other top beers vary by location.” 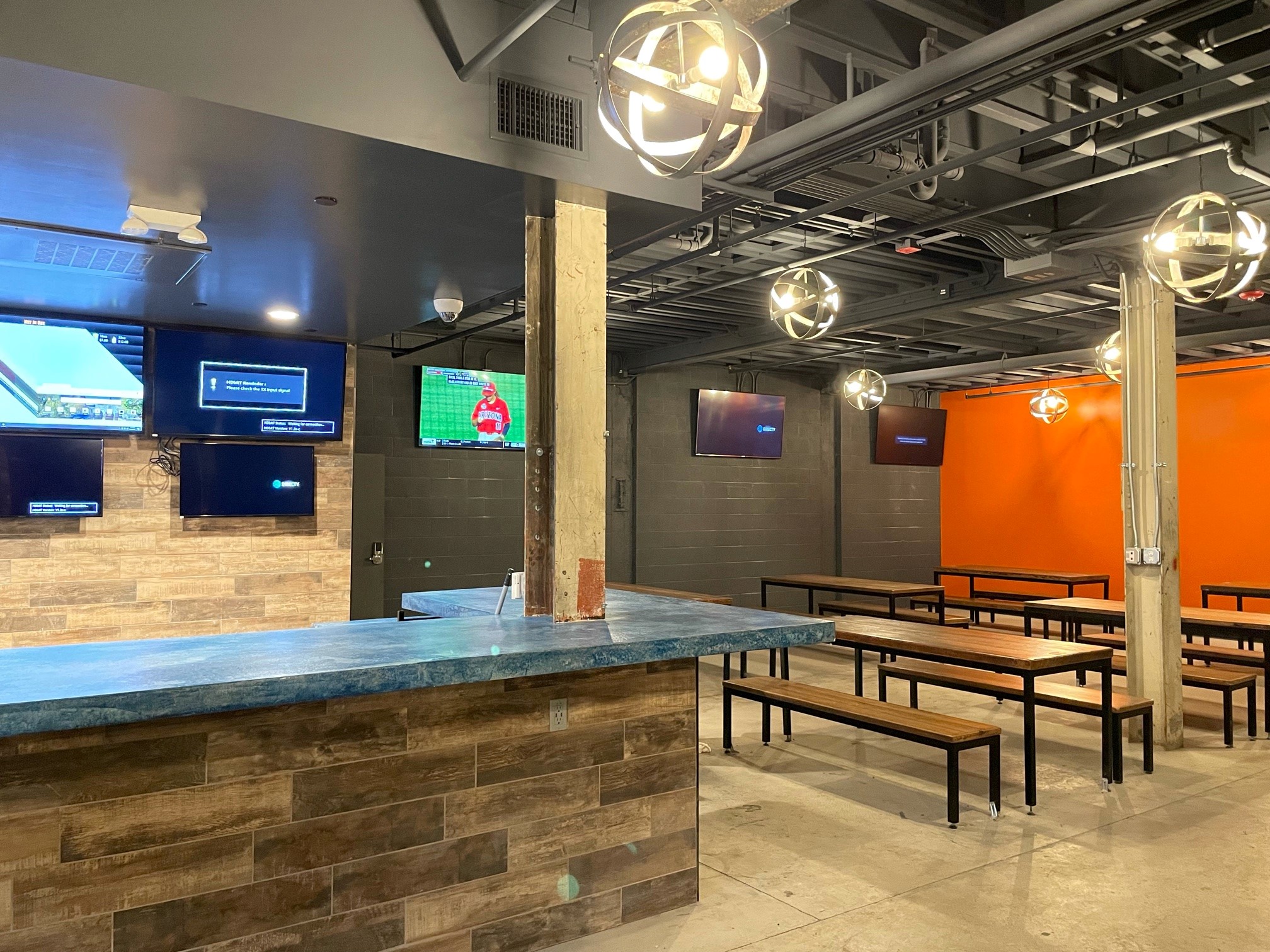 The Dudes Brewing Co. will feature plenty of television screens to watch your favorite sports games and events. (Courtesy photo)

There will be a variety of food offered in Hollywood as well, featuring plenty of flavorful gastropub flare. “Our chef, Daniel Boror, is a Hollywood local – born and raised right here in Hollywood. He has put together an amazing menu inspired by various street foods to pair with our beers,” she says. “We will also offer the tasty Neapolitan style pizza, with a Cali twist that we serve at our other restaurant locations. Our house-made garlic knots, pizzas and chicken wings are always a favorite, but we are excited about some of the new items like loaded fries and Esquite corn, street dogs and the Super Dudes Salad.”

The decision to enter the Hollywood space was a solid one, Humes attests. “We feel that The Dudes’ and Hollywood are both quintessential Los Angeles and so this was a good fit location-wise for us. Additionally, we have spent much time in Hollywood as long-time Pantages season ticketholders and noticed a lack of craft beer and breweries in the area.” 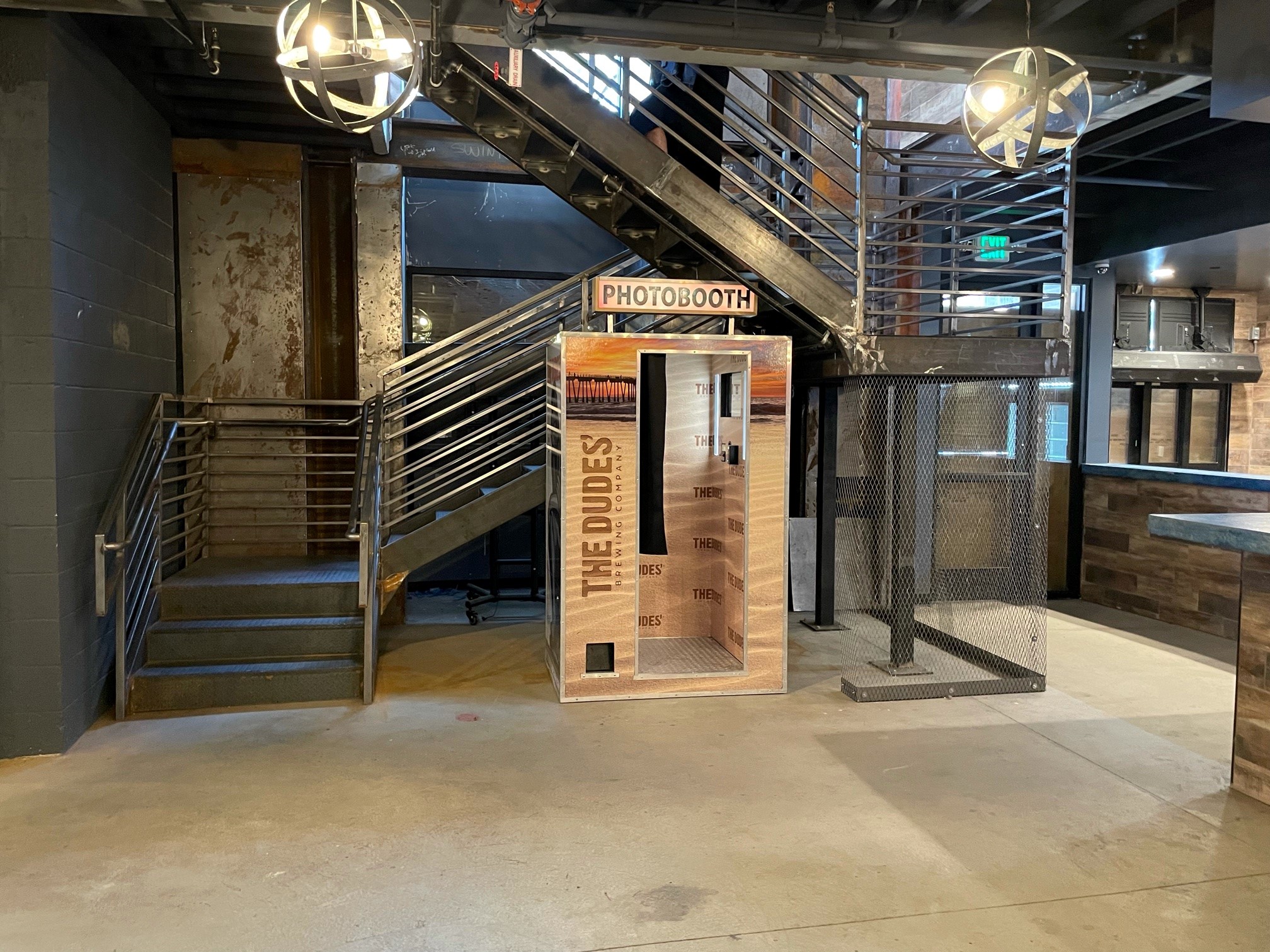 You'll want a photo to remember your time at The Dudes Brewing Co. in Hollywood. (Courtesy photo)

But the choice of a Hollywood location was even more personal, Humes explains. “Hollywood has a little bit of a special place in my heart – in the 1950s my grandfather owned an auto body shop on a side street just across from what is now the TCL Chinese Theatre. It is exciting to be part of helping to revitalize the area.” 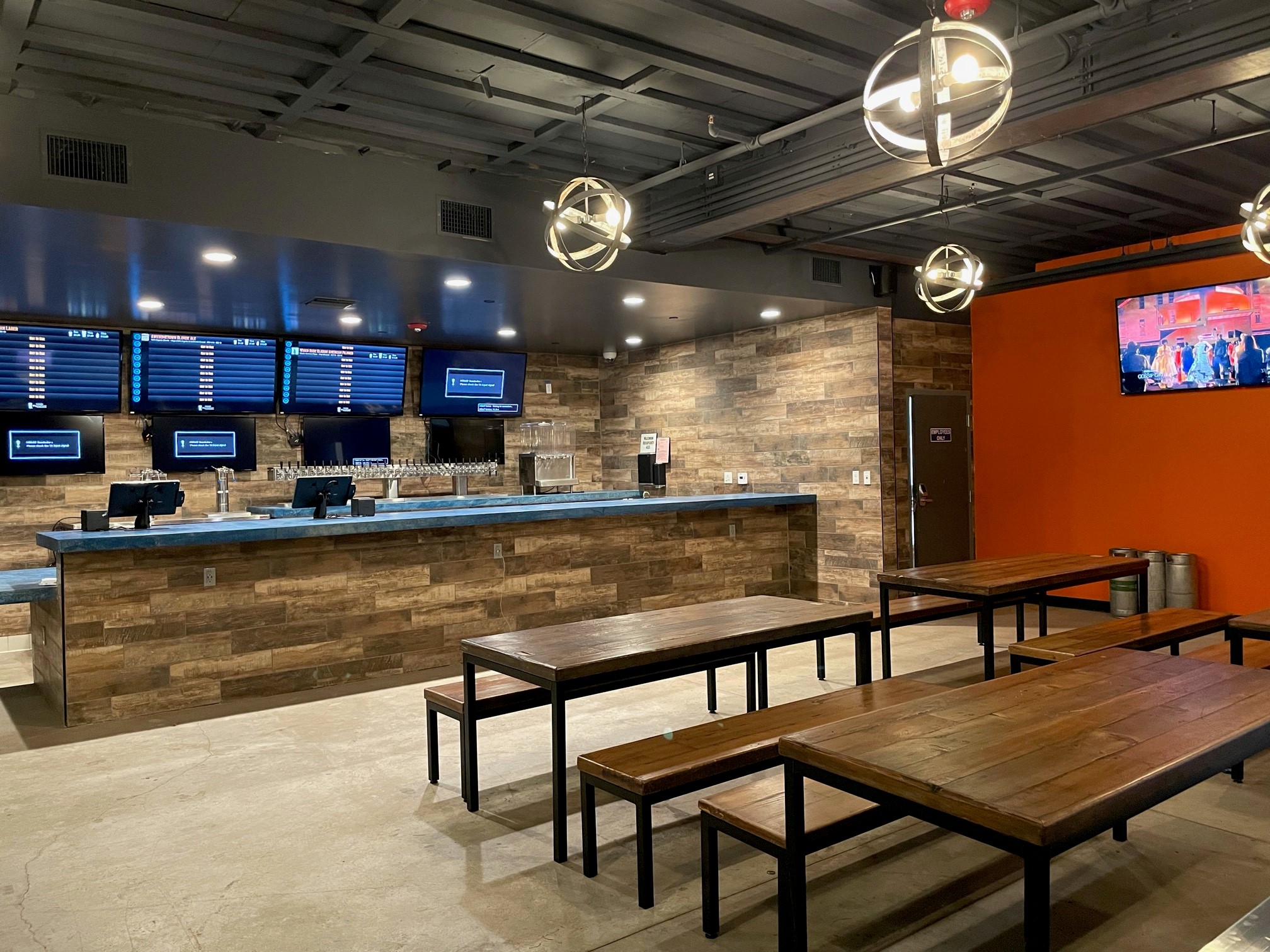 Although The Dudes Brewing Co. is just arriving in Hollywood, it has been in the Los Angeles area since 2013. (Courtesy photo)

She wants future quaffers to note that “Although we are a multi-unit operator, we are still a small family-run, woman-owned business. This new location is our flagship; the construction process was grueling, but we knew it would be worth it.” She adds “All locations are family friendly.”

Dude’s Brewing Hollywood has a planned opening of July 23rd.  While hours may expand, for now, the gastropub will be open 3 to 9 p.m. Monday and Tuesday; until 10 p.m. Wednesday and Thursday; noon until 11 p.m. on Friday and Saturday; and noon to 8 p.m. on Sunday.